Middlesbrough's TV licence awarded to Made and the Gazette A partnership involving a regional daily newspaper and Made TV has been awarded the licence to run a local TV station in Middlesbrough.

Media regulator Ofcom has awarded the licence for local TV services in Middlesbrough to Made TV, which was partnered in its bid by Trinity Mirror-owned daily the Evening Gazette.

Made CEO Jamie Conway said today: “The timing of this couldn't be better.  Yesterday saw the launch of the first of the new local TV licences in Grimsby by Estuary TV and over the next year, another 20 will be going on air.  We're very proud to be the holders of the most licences and adding a dynamic and vibrant creative centre like Teesside is wonderful".

The total potential audience for the Made TV channels across all platforms is now claimed to be more than 13m people, however Conway added that the moves are far from a traditional network model.

“As the licence holder for multiple channels we can certainly benefit from the economies of scale that are realised but let me make this very clear, this channel will be run by a local management team, staffed with a local production team and all editorial decisions will be made locally. Our shared services model has been developed to allow local teams to focus on making great local content.

“It is as much about opportunities for local businesses as it is about local content – relying on national advertising misses the point.  Local TV needs to be for local content and local advertisers.  Big brands can already afford to advertise on TV.  Let’s give small businesses the chance to communicate with their community.”

Made in Teesside will launch in 2014 with what's described as an 'eclectic' array of new shows dedicated to the area. Local news, current affairs and entertainment will be top of the agenda with programmes on arts and culture, entertainment, music, sport, property and cookery amongst others.

The station’s production and studio facilities will be set up in the newspaper’s offices in Middlesbrough and will broadcast under the banner ‘Made in Teesside.’

Ofcom also announced the award of the licence for York to One&Other TV this morning, an offshoot of the local news website oneandother.com.

There were two bids for the Middlesbrough licence – Made TV and Tees Vision.
Ofcom said that Made TV offered a “coherent and credible proposition that showed that the proposed service would meet the needs of the local area, broaden the range of television programmes available for viewing in the local area and increase the number and range of programmes made in or about the area.”

It is the fifth local TV licence to be awarded to Made, following those for Bristol, Cardiff, Leeds and Newcastle.

END_OF_DOCUMENT_TOKEN_TO_BE_REPLACED 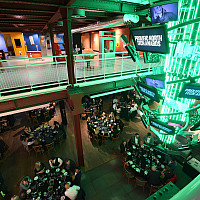 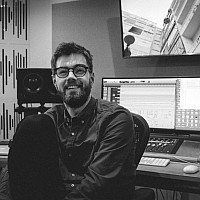