Dramas about Chester Zoo and the Manchester bombing have been commissioned by BBC One’s outgoing controller, Danny Cohen.

From There To Here is a 3 x 60 minute drama written by Peter Bowker (Occupation) and made by Kudos Film and Television. It beings in the aftermath of the Arndale Centre bomb, where a Manchester man is “torn between the life he wants and the life he could have.”

It’s described as a funny, characterful and moving drama about a man whose life is rocked to the core:

“Against the feel-good backdrop of Euro 96, it maps the emotional shockwaves generated by that bomb in the lives of two parallel families from different sides of the tracks.”

Cohen has also ordered a 6 part drama telling the story of the man who created Chester Zoo in the 1930s.

Our Zoo is a 6 x 60 minute drama and it’s been written by Matt Charman and made by Big Talk Productions and Aenon. Its executive producers are Luke Alkin, Adam Kemp and Kenton Allen for Big Talk.

“It has been a joy and privilege to commission programmes for BBC One. I hope audiences enjoy the range and creative ambitions of these new dramas for the channel,” said Cohen, who will be taking up the role of director of BBC television.

END_OF_DOCUMENT_TOKEN_TO_BE_REPLACED 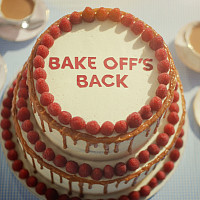