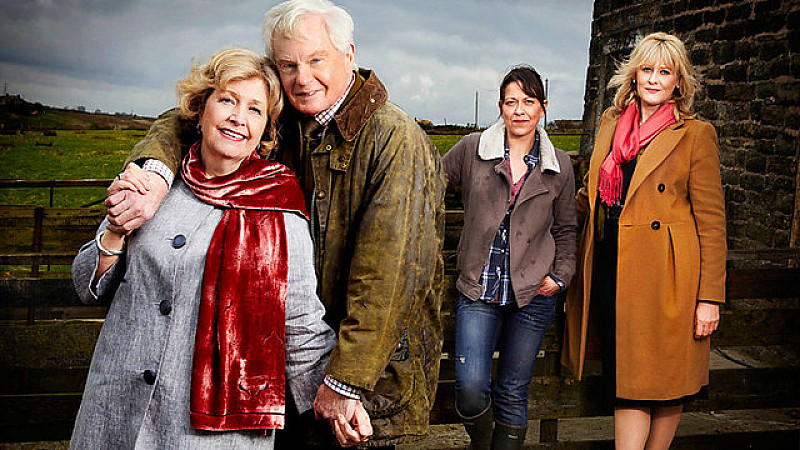 Red Productions, one of the UK's leading TV indies, is about to begin filming its second comedy, Cabbage and Pat, for ITV while stepping up its efforts to identify co-production partners to secure commissions in the US.

The Manchester-based indie Red, established by Nicola Shindler in 1998, has created a new comedy unit within the company as it seeks to broaden its output of work, both here in the UK and overseas.

The company which has a turnover of circa £25m and employs 15 staff, is currently busier than it has ever been.

It has just finished filming a series of three films for Sky Living – Scott and Bailey – which  is due for broadcast in April and is working on two further pilots for Sky, 'The Last Watch' written by Sally Wainwright and 'A Nice Arrangement' within the forthcoming 'Love Matters' season on Sky Living.

The company is due to start filming the second series of 'Last Tango in Halifax'  in May/June for transmission in the six weeks leading up to Xmas.

Regular Red writer, Sally Wainwright, is currently working up Happy Valley, a new drama set in the Pennines, for BBC1, with filming due to start at end of this year ahead of a summer 2014 transmission.

The company is also working on a three parter for for BBC1 called The Driver, which will be a co-production with Highfield Pictures.

Last year Red set up a new dedicated comedy unit within the company and 'Heading Out', starring Sue Perkins and just broadcast on BBC2 was the first released output form the unit.

A second show, a six x 30 minute comedy for ITV1, is due to begin filming in June for broadcast in the autumn. The programme,  which will be broadcast in a pre-watershed slot, is called Cabbage and Pat and has been co-written by Amy Shindler, a cousin of Nicola.

Andrew Critchley, Red's managing director told prolific North that the they were “actively exploring international co-productions with the objective of selling Red UK formats into the States.

Although the number of core staff employed in Manchester is just 15, at any given time said Critchley, well over 100 people can be working for various Red Productions.