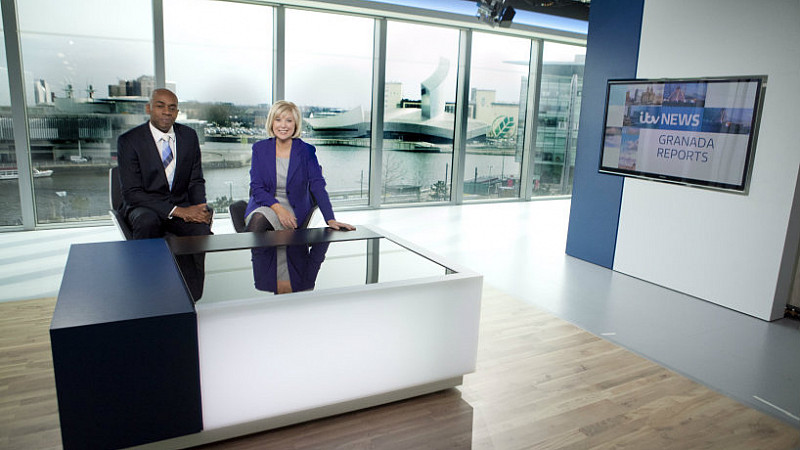 ITV has completed the first phase of its move to MediaCityUK, during which time 500 staff have relocated from the company's Quay Street premises.

Departments including CITV, Factual, Entertainment, News, Drama, The Jeremy Kyle Show and various business support services have all now moved to the 64,000 sq ft Orange Tower, located on the main piazza of MediaCityUK.

As reported last week by Prolific North, Granada Reports will officially broadcast live for the first time today from its new home. Adam Crozier, ITV chief executive, said: “Our move to a new, modern, fit for purpose base in MediaCityUK is vital in enabling us to focus on growing our national and international production and broadcasting business.

Manchester Move director, Jon Huddleston, said: “Imaginative interior design, efficient space lay-out and improvements in technology have all combined to create the creative and collaborative office space that we were seeking to achieve.

“The Orange tower is now a flagship for ITV's operations. Core to our thinking was to ensure that our space reflected the fact that we are a TV company - making the stunning "glass-box" newsroom a centre-piece was a massively important element of achieving this vision." Another shot from the new Granada Reports studios

Other programmes now produced in the Orange Tower include Tonight, You've Been Framed, Countdown, University Challenge and Weight Loss Ward.

Coronation Street will be staying at Quay Street until their move, thought to be later this year, to a bespoke 7.7 acre site next to the Imperial War Museum.

A time-lapse video of the new Granada Reports studio being built can be viewed here.