Leeds has been chosen ahead of Birmingham and Manchester as the new national headquarters for Channel 4.

The three cities were in the final shortlist for the HQ, with Manchester regarded as the hot favourite. However, chief executive Alex Mahon and the Channel 4 board have chosen Leeds and 300 jobs will now move there from London.

Jobs will include key creative decision makers responsible for commissioning Channel 4 content and programmes from producers across the UK.

Bristol and Glasgow are to be the location of two smaller creative hubs. The new bases are at the heart of a plan called ‘4 All the UK’, aimed at ensuring Channel 4 better represents all the UK, on and off-screen.

In a statement announcing the news, the broadcaster said it felt "Leeds was best able to deliver against Channel 4’s vision and objectives for a new National HQ".

It added: "The Leeds City Region put forward a comprehensive, compelling and ambitious strategy to partner with Channel 4 and the wider sector to support growth in the production and creative industries, and to nurture new talent from diverse backgrounds – in the region and across the UK.

Channel 4’s Chief Executive, Alex Mahon and the Channel 4 Board have today confirmed that Leeds will be the location of its new National HQ and Bristol and Glasgow will be the locations of its two new Creative Hubs. #4AlltheUK pic.twitter.com/Sb937NwBNh

"Locating the National HQ in Leeds will enable Channel 4 to capitalise on a strong and fast-growing independent production sector across the North of England – and further unlock the potential for growth in the underserved East and North-East of England.

"It is extremely well-positioned to be a base for collaboration with producers and creative talent across other cities including Bradford, Hull, Liverpool, Manchester, Newcastle, Nottingham and Sheffield.

"Leeds is home to a thriving digital industry and a strong digital talent pool and this will help support Channel 4’s new Digital Creative Unit, which will be established in the National HQ to grow the Corporation’s impact across digital and social media platforms.

"Leeds also demonstrated a passionate commitment to work with Channel 4 to bring diverse new talent into the industry, working in partnership with other organisations and educational establishments – and through harnessing the diversity of different communities across the wider West Yorkshire region, such as Bradford."

The announcement follows the second stage of the pitch process during June and July, in which teams from Channel 4 - including Chief Executive Alex Mahon, Chief Commercial Officer Jonathan Allan and Chief Marketing & Communications Officer Dan Brooke - visited 13 shortlisted cities and regions for presentations and discussions.

Detailed discussions with six selected cities - the trio shortlisted for the main HQ and three others for smaller satellite hubs - took place over the summer, led by Allan.

Mahon added: “Diversity and inclusion have always been at the heart of Channel 4’s mission and the launch of our 4 All the UK plan is the biggest and most exciting change in the organisation’s 36-year history – as we open up Channel 4 to people from across the UK and supercharge the impact we have in all parts of the country.“We will be spending up to £250m more on programming produced in the Nations and Regions and to catalyse that spend I’m delighted to confirm that we will be establishing a new National HQ in Leeds and new Creative Hubs in Bristol and Glasgow. 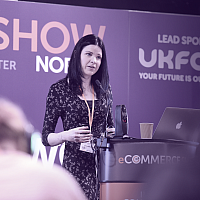 Last chance to register for the eCommerce Show North

“We undertook a rigorous process over the last seven months and the high calibre of all the pitches meant those were incredibly difficult decisions to make. However, I know that Leeds, Bristol and Glasgow will best deliver our objectives to grow the production sector across the UK, build the pipeline of creative talent outside London and support our increased investment in programming produced across the Nations and Regions.

“Leeds put forward a compelling and ambitious strategy for how they could work alongside Channel 4 to further build the strong independent production sector in the city and develop new diverse talent from across the region.

"Locating our National HQ in Leeds enables us to capitalise on a strong and fast-growing independent production sector in cities across the North of England – and also has the potential to unlock growth in the North East and East of the country, an area without a major presence from other national broadcasters.

“The quality of pitches from all the cities involved in the final stage of the process was exceptionally high and I’d like to take the opportunity to thank all those involved for the effort and passion they put in – particularly Andy Street for Birmingham, Huw Thomas in Cardiff, and Sir Richard Leese in Greater Manchester.

"I hope we can continue discussions with all of them about how we can develop new partnerships with each of their cities - particularly since we will be spending up to £250m more in the Nations and Regions over the next five years and want to work with producers and talent in all of these areas.”