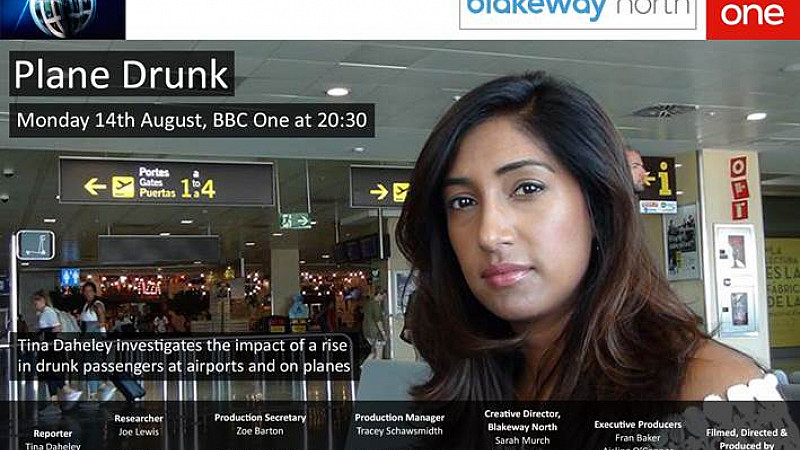 Manchester indie Blakeway North has produced tonight’s BBC Panorama programme, which reveals that arrests of passengers suspected of being drunk at UK airports and on flights has risen 50% in a year.

Plane Drunk is presented by Tina Daheley and reporters go undercover at locations including Manchester Airport. All Murphy: Quit Virgin in 2014 because of behaviour of passengers

A total of 387 people were arrested between February 2016 and February 2017 - up from 255 the previous year. More than half of cabin crew who responded to a Panorama survey said they had witnessed disruptive drunken passenger behaviour at UK airports.

The arrest figures came from 18 of the 20 police forces with a major airport in their area. A total of 19,000 of the Unite union's cabin crew members were surveyed and 4,000 responded, with one in five saying they had suffered physical abuse.

Former cabin crew manager Ally Murphy says she quit her job last October after 14 years because of the behaviour of passengers.

“People just see us as barmaids in the sky,” she reveals. "They would touch your breasts, or they'd touch your bum or your legs. I've had hands going up my skirt before."