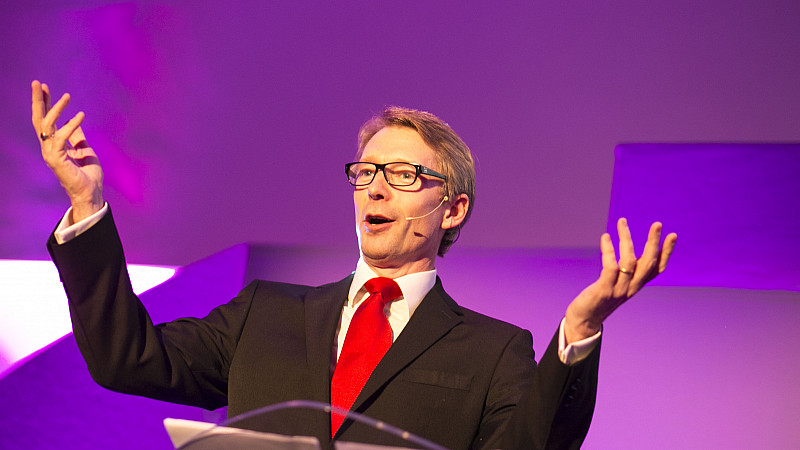 A full list of the winners can be viewed here

Over 380 of the North's finest marketers came together at The Point at Lancashire County Cricket Club last night for a celebration of quality, creativity and general hard graft.

The big winner from the night was Manchester agency BJL, who walked off with the Grand Prix for its work with the Yorkshire and Humber Adoption Consortium, a campaign which also took home the Not-for-Profit and Best use of Research or Insight awards. But there was recognition for a huge range of other private, public and not-for-profit bodies across the region on an occasion that brought home the breadth and depth of talent our region can now boast.

Hosts Andy Crane and Emma Jesson did an excellent job of staying in control of a crowd whose palpable excitement seemed in perpetual danger of bubbling over.

The night was given a fascinating start with a few words from guest speaker John Maltby, the chief executive of revived Manchester-headquartered bank, Williams & Glyn.

He gave an exclusive insight into the bank's preparations as it gets ready to relaunch on the high street, and what its arrival will mean for marketers and the region in general.

After a prize draw for charity partner NABS, guests settled down to a delicious three-course meal of root vegetable and smoked haddock risotto cake, pork fillet and sticky toffee pudding before the awards part of the night finally began.

B2B Campaign of the Year, sponsored by theEword - went to Citypress for its 'Tackling Britain's Messy Desks' with Brother. Praising the agency for making stationery sound "sexy", the judges felt the campaign particularly deserved recognition as they could see "its potential for expansion and growth".

B2C Campaign of the Year - sponsored by Lion Eyes TV Production Services - went to ITV and MediaCom for their work with Iceland Foods, which judges called an "outstanding campaign" with "evident success in generating revenue for the brand".

Food and Drink Campaign of the Year, sponsored by Vision One Research, saw the first award of the night for Yorkshire, with Savvy Marketing - who had been nominated twice for the award - winning for its "Winning the Battle at Back to School 2013" campaign for Kerry Foods. Judges said the campaign "demonstrably over achieved against its original set objectives", calling it "phenomenal". IT, Telecoms & Technology Campaign of the Year went to last year's Grand Prix winners, Stein IAS, whose work for TalkTalk Business was recognised. Calling it a "solid and thorough piece of work", judges said TalkTalk had achieved "incredible" return on its investment.

The hotly contested category of Not-for-Profit Campaign of the Year went to BJL, and the first of a hat-trick for its Yorkshire and Humber Adoption Consortium - Being Family campaign. A "well-executed and truly standout campaign", the judges said it had helped the client to "change perceptions on what adoption is all about".

Professional & Financial Services Campaign of the Year, sponsored by Whitney Woods, went to the "Launching a harder working brand" campaign created by Origin Creative for Westfield Health, with judges hailing the bold success of a campaign that sought to "totally rebrand" the client.

Property & Construction Campaign of the Year went to Plumlife's Caravan Man Campaign, a prize that left the team "flabbergasted" on collecting the award. Judges praised both an "emotional" and "creatively pleasing" campaign.

Retail (on or off-line) Campaign of the Year, sponsored by Better Placed, went to Hull-based Summit Media for the way its Forecaster tool had helped Argos. Judges said it left them "feeling like they wanted to tell their families" about the campaign, and Summit's chief operations officer Tony Patterson was on hand to collect the award.

Sport Campaign of the Year went to Rule 5, whose "Kick Starting the World Taekwondo Grand Prix" campaign was a "true example of how hard work and a dedicated team can create extraordinary results", said the judges. Accepting the award, Rule 5 MD Rob Brown professed himself "genuinely, genuinely shocked". Vivid won Tourism & Leisure Campaign of the Year for its "A Ferry British Summer Campaign" for Mersey Ferries, which the judges felt was "entertaining, creative, focused" with "outstanding results".

Wetherby-based Pitman Training Group picked up Low Budget Campaign of the Year for its "Career MOT – Drive Your Future Forward" campaign, which the judges said "delivered a substantial amount for the budget they were working to" and was a "clear winner".

Social Media Campaign of the Year, sponsored by Tecmark, went to Leeds agency Home for its "Crackin’ Deals" campaign for Jet2, a "simple idea" said the judges, but one that was "very well executed".

Sustainable/Green Campaign of the Year went to Corporate Culture Group for its Recycle for Greater Manchester campaign, one which contained a slogan that was memorably repeated during the winner's speech: "Put your right stuff in the right bin!" Judges agreed that the award was "well structured and thorough" and led to "fantastic results".

Best Use of Research or Insight, sponsored by Manchester Metropolitan University, was the second award of the night for BJL and its Yorkshire and Humber Adoption Consortium campaign, one the judges said was "uniformly insightful".

On to the team awards, and Liverpool Women's Hospital's communications team was named Best In House Team, sponsored by Network Marketing. It was a team that "packed a great punch", said the judges, that had managed to create "the leading known brand in maternity wards". The Best Small Agency category, sponsored by Bruntwood, featured the addition of a Highly Commended award for Manchester digital agency FireCask, which the judges said was "impressive" with "an interesting story", and also praised its "down to earth" entry.

Pelican Communications took home the award however for an "an intelligent approach to business planning" and a "clear investment" in its staff. The winners' acceptance speech also featured unarguably the standout quote from the night: "Remember our name because you'll be screaming it later!"

The Best Large Agency award, sponsored by Pitch Consultants, went to Sheffield's Jaywing, who the judges thought was a "unique" agency and "quite different" to others in the category: "Jaywing stood out as the clear winner for all the judges."

Which left the final and most prestigious award of the night, the Grand Prix, which this year went to BJL, whose campaign for Yorkshire and Humber Adoption Consortium was "tangible and extremely impactful". The judges felt this campaign "deserved the Grand Prix award as it has transformed people's lives and shared new insights with its target audiences".

An enormous thanks for everyone who made the night such a vibrant and enjoyable one, and thanks also for the generosity of those who donated to the raffle, with over £1,000 raised for NABS. A nod also to Twitterfall maestros Tecmark and event organisers Don’t Panic.

See you next year!

Below are a selection of pictures from the night: