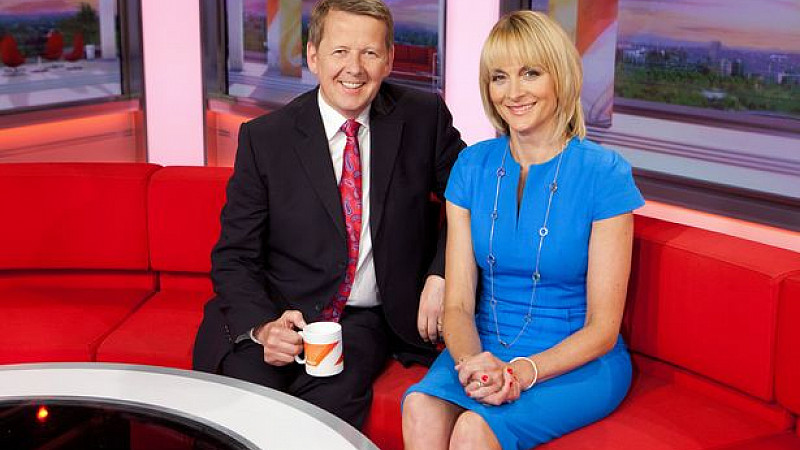 Dan Walker has been named as a new presenter on BBC Breakfast, replacing Bill Turnbull, who retires on Friday after 15 years with the programme.

He will join co-presenter Louise Minchin at the MediaCityUK-based studios on a Monday to Wednesday (6am-9.15am). From there, he went to Granada TV and BBC North West Tonight, before reporting and presenting from some of the biggest sporting events around the world for BBC Sport. He's also been an occasional host of Match of the Day and Final Score.

Walker said: "I’m thrilled to be joining the BBC Breakfast team. I have watched the show avidly over the years and am even looking forward to setting my alarm clock and doing what I can to make it even more successful.

"It is an honour to be given this opportunity and to follow in the footsteps of someone like Bill Turnbull. The man has significant shoes to fill, so I hope I can do as good a job as he did waking up the nation."

BBC Breakfast editor Adam Bullimore added: "Dan is an experienced journalist and presenter who will be a fantastic addition to the brilliant BBC Breakfast presenting team. He’s well used to handling breaking news and the challenges live TV can pose! We’re looking forward to him joining us on our sofa."