A Week in My Life: Seb Thompson, Press Office Manager for Manchester Airport 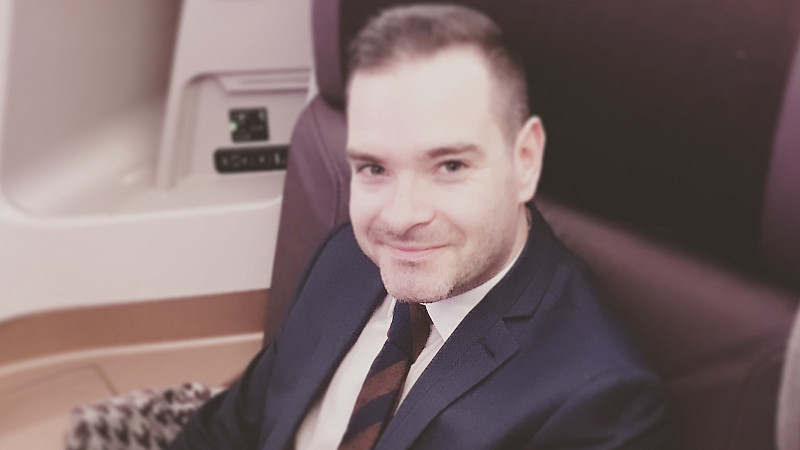 This week Seb Thompson, Press Office Manager for Manchester Airport, runs us through a week in his working life. To suggest another senior media or creative figure for A Week In My Life, please email david@prolificnorth.co.uk

Monday usually starts off with me prepping for my weekly slot on a local radio station, Wythenshawe FM. In the 'airport report', I talk about the news from the week before and what’s coming up for us. However, this week I couldn't do it, because I was in our crisis management centre from 6am. We’d had forewarning of the French Air Traffic Control strikes this week, so I had undertaken some crisis planning over the weekend, had the team fully briefed, and took the early shift in the airport’s nerve centre.

Luckily, the strikes didn’t massively impact us, with only one flight cancelled, which meant I actually got to clear my inbox from the weekend and get a head start on the busy week ahead.

Once I left the crisis management centre, I went back to the office to have my weekly team meeting with my PR and social media direct reports. This informal catch up allows us to assess what’s on the agenda each week and ensure the right resource is in place to get the job done.

This week (like every other so far this year) is set to be a busy one, with me on the road for most of it for events and meetings.

Another early start today as I embark on a two-week tour of the UK to promote a whole range of things for the airport. The next two weeks will see me take in Newcastle, Aberdeen, Edinburgh, Birmingham, Belfast and London to shout about new routes, airport initiatives and key activity to a range of stakeholders.

The day doesn’t start well with my Newcastle train running 45 minutes late. Meeting one was with Newcastle Pride, which the airport is sponsoring this year. We get lots of passengers from the North East and also have a direct train service from Newcastle into the airport, so it makes sense to showcase our world up there.

After a successful meeting with our Marketing team and Pride, I rush to the station for a four-hour train journey to Aberdeen, where I will be based for the next two nights.

After a leisurely hotel breakfast, I am straight onto a conference call with Virgin Atlantic to discuss plans for our impending San Francisco launch. The route starts on 28th March and makes Manchester the only airport outside of London with a direct service. For us it is exciting news, so expect a big, all singing, all dancing launch in a few weeks' time!

This was followed up by a morning of catching up on emails, before tuning into the Budget at 12.30pm. It was frustrating to see that Air Passenger Duty wasn’t on the agenda, something we have campaigned for a long time to scrap or reduce.

Tonight is the first of our three roadshows for Singapore Airlines to showcase the airline’s codeshare with Flybe. The event was a great success, attended my media, travel agents and key corporates. We lined up some great regional coverage in Scotland off the back of the event.

Luckily I had a few hours before my train to catch up on some work. This included issuing a press release to announce our monthly passenger stats. This month was particularly key as we’d hit 26 million passengers, breaking our own records again! Due to the milestone a few exclusives under embargo had already been set up to maximise media opportunities.

I travelled to Edinburgh and had a few hours spare to explore the beauty of the Scottish capital, which I hadn’t been to for more than 15 years.

After taking in the stunning architecture it was time for our second Singapore Airlines event, where we had about 80 people turn up. Some great journalists attended and I made some great new contacts that hopefully my team will be able to get out on some press trips in the future.

After what had been a very busy week of travelling I was thankful for a relaxing morning at my hotel in Edinburgh, where I caught up on some emails, had a conference call with an airline and put the wheels in motion to plan a vlogger trip to the Middle East.

I was flying back to Manchester from Edinburgh and luckily my flight landed 15 minutes early (it’s the little things that make you smile after a busy week on the road). At Edinburgh Airport I cleared the inbox and finished my elements for the weekly External Affairs board report. I jumped on the train to get home to the city centre where I live, and after a quick hot shower I was feeling more refreshed and awake. The evening consisted of good food, nice wine and an early night with a relaxing weekend in store before another week of travels commence.

A Week in My LifeFeatures