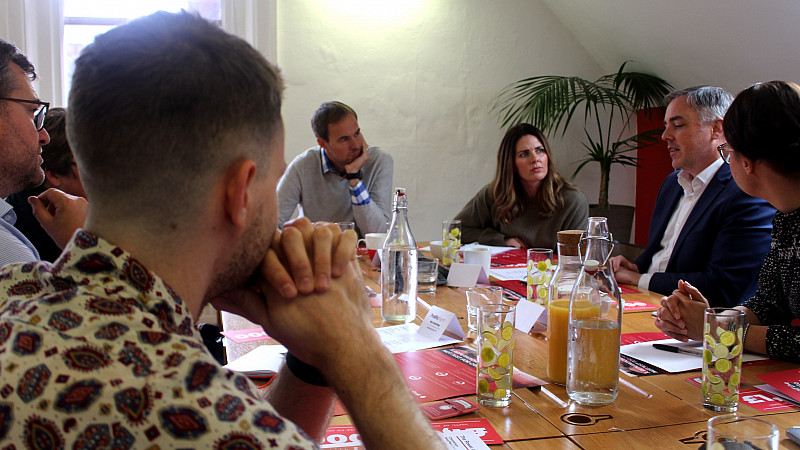 In partnership with Smoking Gun PR.

“It takes 20 years to build a reputation, and five minutes to ruin it” - at least, that’s what Warren Buffett says.

A positive reputation is hard to keep hold of, and a negative one can be impossible to shake. Whether it’s through unavoidable disasters, negligence or wilful mispractice, crisis management matters if companies want to stay afloat - and even when it feels like things are going well, it’s absolutely necessary to continue to focus on your reputation.

We gathered together a selection of representatives from leading Northern brands, and asked them some of the most pressing questions about reputation management. How had they dealt with their own issues, and what reputation threats could be on the horizon they were working to counteract? 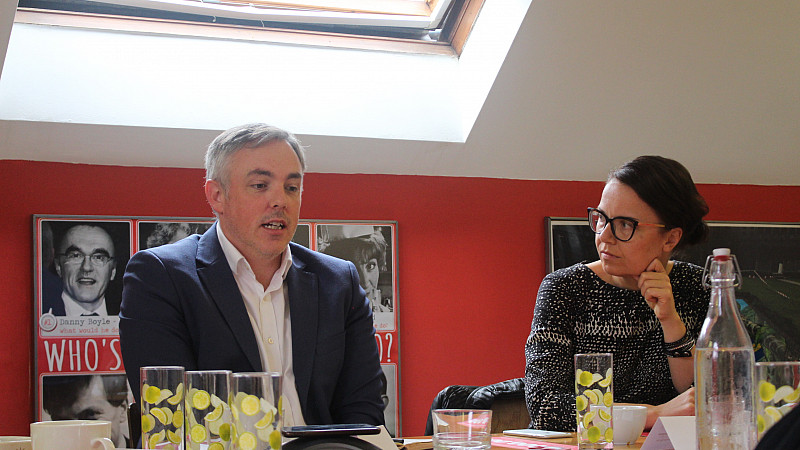 The discussion got off to a start with a welcome from David Prior (Prolific North), as well as personal introductions around the table. David launched into the conversation by asking about times our guests needed to use their crisis management strategies.

Caroline Sanger-Davies (Chester Zoo) mentioned December 2018 when there was a serious fire at Chester Zoo. Their well-rehearsed, practiced and structured crisis management procedure kicked in, which ties in with Cheshire Fire and Rescue and the police, so very soon they were all gathered in the crisis centre. Given that flames were visible for so far around, Caroline’s concern was to manage the news that's coming out about about the issue, and the entire situation tested their written and rehearsed procedures. From a PR perspective it was important to release an absolutely accurate statement quickly and not rely on hearsay - and at that time, the whole website and phone lines went down. Instead, they used their Facebook page to push out information they could rely on. And they scheduled a TV press interview for all the main channels for the next day, when all the facts were known.

Danny Vaughan (Metrolink) said in a massive disaster like that, you’ve got very little control over it. He asked whether the Zoo’s PR response followed a plan or was completely improvised.

Caroline (Chester Zoo) said it’s a bit of both. There is a framework to work to, reminding you of everything you need to remember - but it’s a dynamic situation. One thing that happened was that Chester Fire & Rescue erroneously made a statement saying all animals were safe, so there was a need to do some correction. Overall you have to be adaptable and agile, never slow.

Danny (Metrolink) said he’d had two crises that week alone - the first, a bomb scare in the public transport interchange at Manchester Airport, and a massive traffic standstill across Manchester city centre. Looking back to 2017, there was a time when the network shut down because of a failure in their fibre optic network. They struggled and failed, with their reputation very low at that point. TfGM got a kicking in the media and it was difficult politically too - being just a couple of months into Andy Burnham’s term as Mayor.

Rick Guttridge (Smoking Gun) recalled a similar situation with Heck Sausages, which the agency had done analysis on. Boris Johnson went and did a photoshoot there which caused what looked like a big social media storm - but six weeks on, it turned out to only be a very small number of people complaining, and the actual consequences were minimal.

Danny (Metrolink) said they do see a high amount of negativity on social media, but Metrolink manages to get everyday passengers defending them against critics.

Tom Bearshaw (Steamhaus) said that the company is fortunate not to have to worry a lot about angry people whose websites have gone down, because Amazon Web Services is responsible. But there are risks - the worst thing would be to have a disgruntled employee ruin customers’ websites spitefully. Their solution is to keep staff happy as much as possible.

Rick (Smoking Gun) compared it to recent issues with outgoing social media executives hijacking public figures’ social media accounts. We think of cybersecurity often as regarding hacking, he said, but the other side of it lies in employee engagement. Reputation begins at home.

David (Prolific North) read out a statement the CEO of Thomas Cook, Peter Fankhauser, had written to staff - saying it will always be one of the best-loved brands in travel. But is this correct, or was its reputation too damaged by the end?

Caroline (Chester Zoo) noted the disconnect between the corporate and staff side of Thomas Cook. We’ve seen ex-employees profiled on the news and online with great empathy, showing how great many of them have been supporting customers even without a job. Perhaps it’ll end up like Woolworths, in that people will have fond memories.

44% of an organisation’s reputation comes from the CEO’s reputation, cited Rick (Smoking Gun). Thomas Cook’s reputation took a big hit after refusing to apologise after two deaths in 2006 from carbon monoxide poisoning. It often arises from legal advice, telling you not to admit fault, but from a reputation point of view you need to be empathetic.

David (Prolific North) asked if it’s too much of a stretch to imagine that Thomas Cook could carry on in a renewed form - or is the reputation too far gone?

Danny (Metrolink) responded it’s not impossible for it to return with a bit of a financial shake-up. It’s been around for so long, and so many people have used it over the years, that there’s certainly the possibility.

It would depend on the messaging and positioning at the time, said Caroline (Chester Zoo). A bit like Co-op, who relaunched with refreshed positive values, Thomas Cook would need to emphasise they’re about heritage and family.

David (Prolific North) brought up two very different examples of reputation management - Boeing, who after two consecutive crashes gave a very slow and poor response; and KFC, who ran out of chicken and immediately put their hands up, releasing the now-famous FCK ad. Everyone empathised with their vulnerability.

Danny (Metrolink) said when things go wrong with Metrolink he goes in front of a committee of local politicians - always filmed for the local authority’s website. It’s about accountability, and there’s never any point blaming others, you just have to say “that was a problem, we’re learning, we’re going to try and do better.” Take ownership of your problem.

Caroline (Chester Zoo) pointed to the example of Pret, citing something a conference speaker had said. Having faced a tragic situation surrounding food labelling and allergies, they got through it based on a solid customer base and great products.

Danny (Metrolink) said when it comes to social media, they’ve learnt over time how powerful it is for getting messages out. But people won’t be kind or polite, and their social media team have developed thick skins. Nobody goes online to say they’ve had a terrific experience, so you have to understand that what you see online is only the bad experiences. Marketing for public transport is different because people don’t have much of a choice. Instead, Metrolink develops its reputation and popularity so it can go to central government and ask for the hundreds of millions it needs to extend the network.

Recently, consultants for benchmarking said Metrolink is one of the best networks internationally. When the Trafford Park line opens, the track between Cornbrook and St Peter’s Square will end up being the busiest section of any system anywhere in the world - 45 trams an hour, each way. Another independent ranking put Metrolink fifth out of 32 light rail systems internationally, and said what they do best is very good utilisation of their assets. With attention from around the world, Metrolink might even be more popular outside Manchester than it is within it.

Tom (Steamhaus) said that in their world, everyone knows each other, and learns from them. Steamhaus runs community events, meet-ups and training. They’re seen as the best at what they do. It’s an industry where it’s not possible to wing it - even Steamhaus’s staff who’ve done it for 15 years are still learning and developing.

Trust is a big deal, both internally and externally. They have a culture book and the set of house rules that outlines how the business operates. If people in the team are happy, it’s reflected to customers as a consequence.

Danny (Metrolink) said when there was a hacking issue with Metrolink’s app recently, they needed a response from technology contractors as quickly as possible. It made him realise that reputation isn’t completely in your own hands - you’re relying in part on others.

It’s only when things happen to you that you realise how hard it is to control, said Caroline (Chester Zoo). She realised a few years ago when a bus driver died who was trying to fix his coach in the car park of Chester Zoo. They had to be sensitive about the situation but it wasn’t their fault in any way. You’re dealing with a crisis you didn’t cause.

Netflix, pointed out Rick (Smoking Gun) was a company that had managed to boost their reputation recently. After allegations were made against Kevin Spacey, who was one of their biggest stars, they owned it and immediately dropped him. On the other hand, Facebook, which has been in lots of trouble, stalled and stalled, not really answering questions in front of Congress and so on, their reputation has suffered.

Tom (Steamhaus) said the company believes you’re only as good as the company you keep. They’ve rejected clients before based on values. If he can’t stand up and justify why they work with someone, they won’t - you’ll only have to defend why you’ve chosen to if something goes wrong down the line.

David (Prolific North) raised the question of authenticity. Miia (Lunette) said a brand ethos is something everyone needs to embrace. Providing transparency is really important now.

Smoking Gun, said Rick, gives 1% of profits each year to charity - it’s built into what they do, not just performative. Consumers are pushing back against doing good just because it’s the trend.

Danny (Metrolink) said something Metrolink’s done that they haven’t shouted about was creating lots of apprenticeships and supporting disadvantaged young people into a role. They also source their energy from renewables. Social value is vital.

Recruitment-wise, said Miia (Lunette), values are very important. 57% of Millennials won’t consider working for a company if it doesn’t have a social impact ethos. No longer is it important for people that somewhere offers a high salary or flashy perks, but the business must give back.

Caroline (Chester Zoo) said they’re researching who their 2030 audience will be - the Greta Thunberg generation. They expect to see positive work demonstrated - her 13-year-old daughter is even questioning her purchases.

Hayley Peters (Smoking Gun) raised the point that when it comes to authenticity, there’s something of a backlash against influencers not doing things for the right reasons. Lots are buying likes and followers. Some companies are rejecting bloggers and influencers altogether, focusing on real brand love from consumers that actually like the product.

The power of influencers depends on the size of a brand, said Miia (Lunette). If one says they hate what you’ve created and you’re only small, or something bad goes viral, it’ll be the end for you. 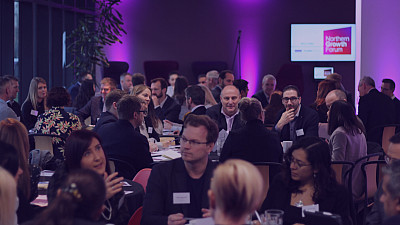 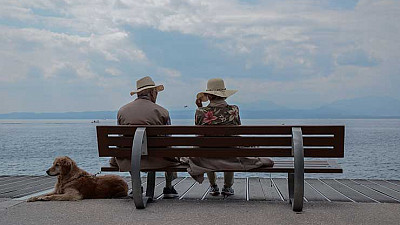 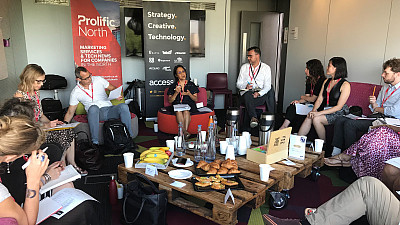 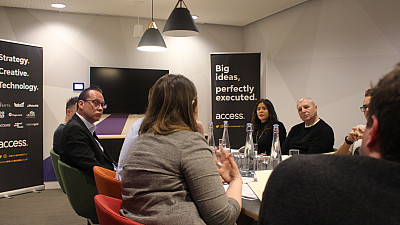 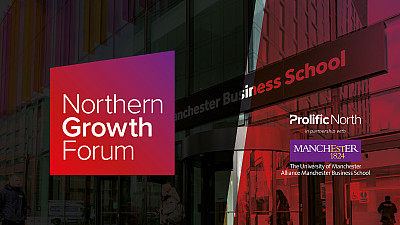 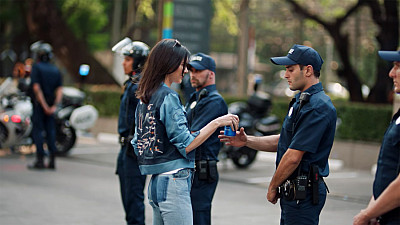 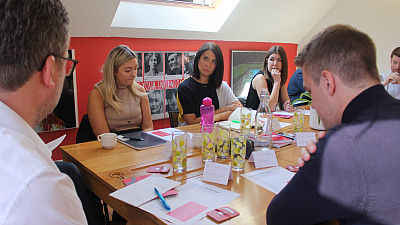