North West MP and former Chancellor, George Osborne, has been named as the new editor of the London Evening Standard.

BBC News’ media editor, Amol Rajan, made the exclusive report, adding that Osborne will remain as an MP and will start the new job in May - subject to approval by the civil service advisory committee.

The Tatton MP told the newspaper: "Growing up as a Londoner, I’ve always known that the Evening Standard is an institution that plays a huge part in the life of the city and its people. Now it is a great honour that I can play a part as leader of the editorial team making the Evening Standard the definitive voice of the world’s most exciting city.

“I am proud to be a Conservative MP, but as editor and leader of a team of dedicated and independent journalists, our only interest will be to give a voice to all Londoners. We will be fearless as a paper fighting for their interests. We will judge what the government, London’s politicians and the political parties do against this simple test: is it good for our readers and good for London? If it is, we’ll support them. If it isn’t, we’ll be quick to say so.

“So much is now at stake about the future of our country and its capital city. I will remain in Parliament, where that future is debated. I was elected by my constituents in Tatton to serve them and I intend to fulfil that promise. I remain passionate about the Northern Powerhouse and will continue to promote that cause. Right from the first speech I gave about the North of England, I’ve said that London needs a successful north and the north benefits from its links to a global city like London. It’s not a zero-sum game, but quite the opposite.”

“In George, we have appointed someone of huge political achievement, and economic and cultural authority. Once he put himself forward for the position, he was the obvious choice," proprietor, Evgeny Lebedev. "

I am proud to have an Editor of such substance, who reinforces the Evening Standard’s standing and influence in London and whose political viewpoint - liberal on social issues and pragmatic on economic ones - closely matches those of many of our readers.” Osborne will work at the paper in the morning, then complete his job as an MP in the afternoon.

The NUJ reacted with the following statement: "It feels like we’re entered an alternative reality where #fakenews is suddenly true. There will be shock and disbelief among staff at this announcement. Genuinely qualified journalists who would have done this hugely important job seriously are seeing it snatched away in a blatant, cynical political move," said Laura Davison, NUJ national organiser.

"While George Osborne won’t stand down as an MP and will spend his afternoons in parliament, staff on the paper staff are being asked to take pay cuts and reduce their hours because the second edition has been scrapped. We’ll be asking the London Assembly to scrutinise this move as part of their investigation into the state of London media next week. Now that he is a journalist we, of course, look forward to his application to join the union." While Ed Miliband said:

Breaking: I will shortly be announced as editor of Heat magazine.... 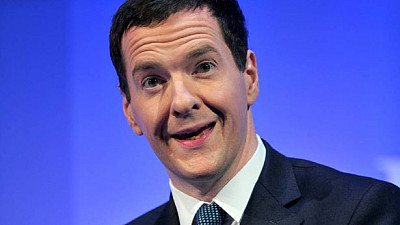