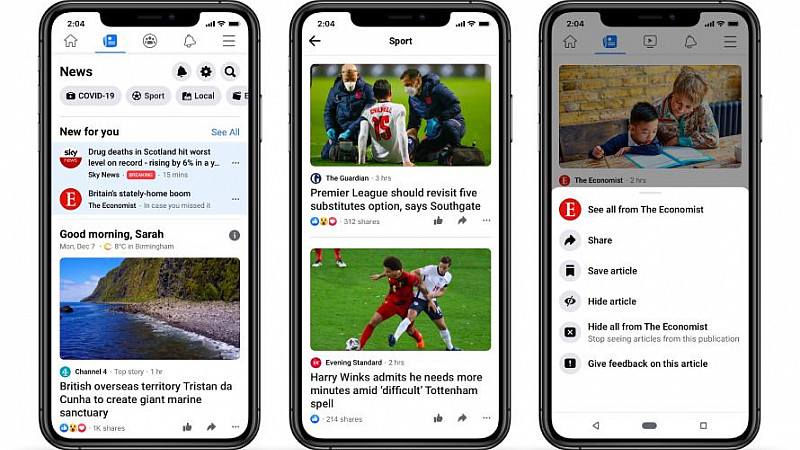 Stories from Northern titles including the Manchester Evening News, Yorkshire Post and Liverpool Echo will appear in a dedicated Facebook feed under a new pay-for-content scheme which launches today.

The Facebook News section will feature a "today's stories" section, with a team of journalists choosing the top breaking articles throughout the day.

The feed, which will roll out in the UK from this afternoon, will feature "hundreds of leading national, local and lifestyle outlets", with regional publishers including Reach and JPI Media already signed up.

"The product puts original journalism in front of new audiences and provides publishers with more advertising and subscription opportunities to build sustainable businesses for the future," a statement from Facebook said. "This is the beginning of a series of international investments in news."

Facebook, which has faced criticism from publishers for monetising content produced by news publishers, said it new feature would provide publishers with more advertising and subscription opportunities “to build sustainable businesses for the future”.

Facebook is thought to be paying publishers flat licensing fee for use of their content, and in the United States - where Facebook News has already launched - the fees are understood to run into the millions of dollars annually.