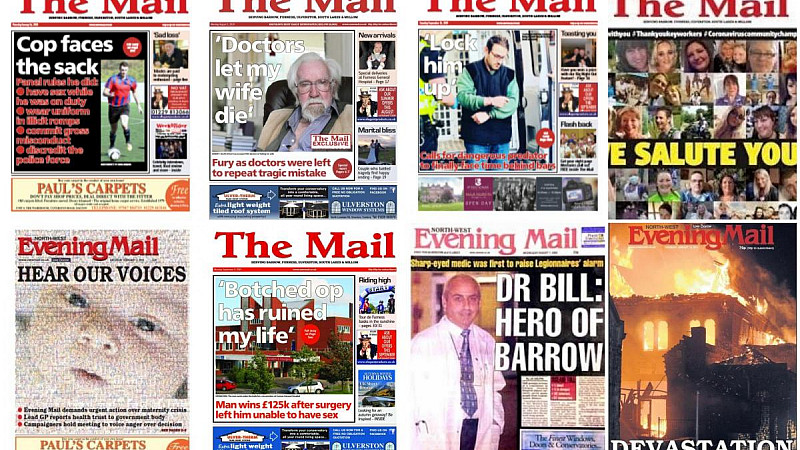 Barrow-based The Mail has run a spread highlighting the best campaigns, investigations and biggest stories of its 120-year history following abuse that forced its chief reporter and her daughter into police protection.

As Prolific North reported last week, Fenton is having to stay in a secret location with constant police protection following violent threats issued on and off-line.

The threats followed protests in Barrow about an alleged grooming operation in the town, with protestors claiming a cover-up by authorities and media.

The spread included The Mail’s investigation into the urology department at the University Hospitals of Morecambe Bay NHS Foundation Trust, which prompted an NHS inquiry.

Newsquest Cumbria regional group editor Vanessa Sims told Hold The Front Page: “Journalists from around the world have been sharing their shock and support at the abuse we have faced.

“This ongoing support from the industry and readers has been very humbling. We decided to put together the spread looking at the campaigns, investigations and biggest stories The Mail has covered over the years to remind our readers why we are at the heart of the communities we serve.”

END_OF_DOCUMENT_TOKEN_TO_BE_REPLACED

Leeds-based tech solution to be embedded into Microsoft Teams