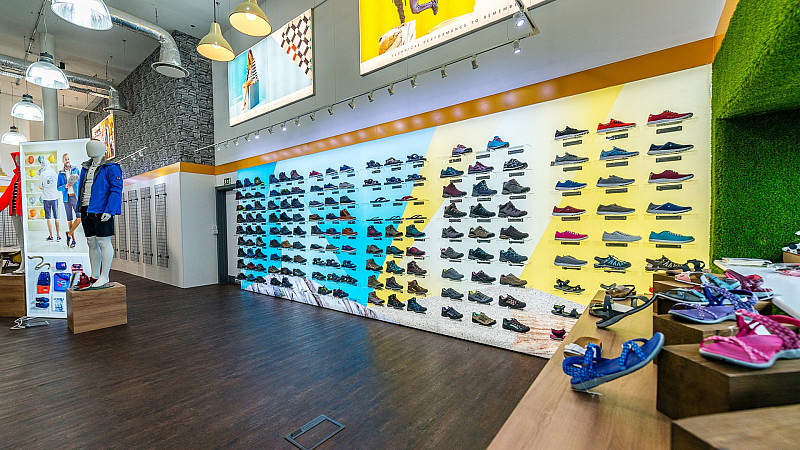 Huddersfield’s Leach, is behind the new visual merchandising at Regatta’s Manchester head office.

The outdoor brand uses the building to showcase products to corporate customers, however up until now, footwear had been housed on a dark, permanent wall, which “struggled to do it justice.”

“Following an initial design consultation, we knew the team was interested in the flexibility of this graphics display alternative,” explained Dale Broadhead, Leach’s project lead.

“However, to meet the exact requirements of this brief, our in-house innovation team built a number of prototypes to evaluate how to best showcase Regatta’s footwear range.”

The install, including 180 shelves, took a day.

“We were initially drawn to the system because of its brightness and large-format photographic quality, explained Regatta’s marketing director Jo Hawkins.

The brand now plans to install the system across its store base. 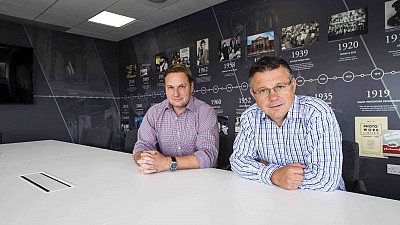 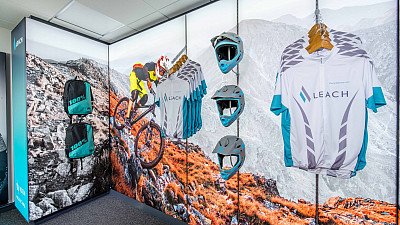 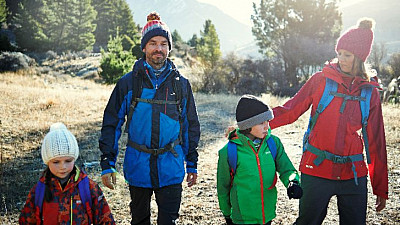