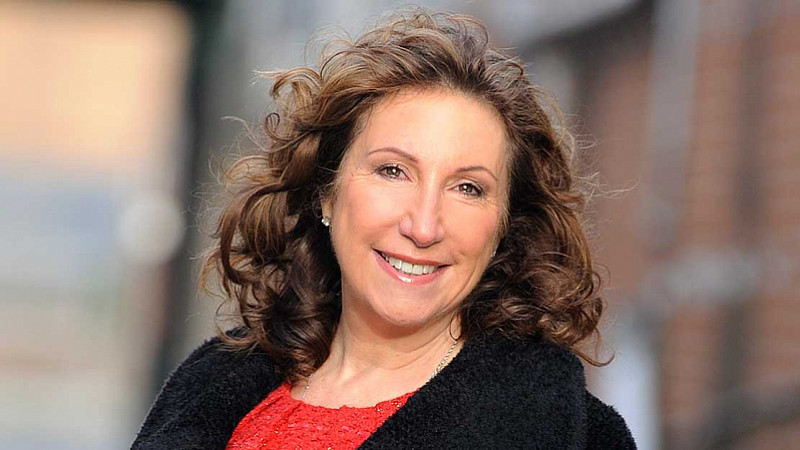 Screenwriter Kay Mellor has described Channel 4's decision to name Leeds as its new National HQ as a "game-changer" for the city.

The Yorkshire city was this afternoon unexpectedly named as the broadcaster's new headquarters, beating Manchester and Birmingham.

And Leeds-born writer Mellor, who was behind TV hits including Band of Gold and Fat Friends, was delighted by the news.

“It’s absolutely the right decision, every indie got behind the campaign and we’ve got the right result," she said.

"Leeds is the perfect fit in terms of location and talent and we’ll all be there with open arms to welcome them to our wonderful city. It’s a game changer for Leeds, putting us firmly on the media map. I am so proud.”

The announcement follows two years of discussions with the broadcaster led by the Leeds City Region Enterprise Partnership with cross-party support from local authority partners, Screen Yorkshire, the creative and digital industries, the education sector and many others.

Initial forecasts suggest Channel 4’s decision could directly contribute to the creation of more than 1,200 jobs and an economic impact of more than £1bn over the next decade across the Leeds City Region although the true impact, taking into account all the added value being home to a major international broadcaster will bring, will be much larger.

Cllr Judith Blake, Leader of Leeds City Council, said: “We are thrilled that Channel 4 have chosen Leeds to be home to its national headquarters and we know this is a great fit for both the city and the broadcaster.

Sally Joynson, Chief Executive of Screen Yorkshire, said: “We are delighted with today’s news that Channel 4 will be moving its National Headquarters to Leeds. It’s hugely significant for the sector and a validation of the city’s production expertise and potential for further growth. We have worked tirelessly with the Leeds City Region team throughout the bid process and believe passionately that it will enable Channel 4 to engage with and better reflect audiences outside of London.

“Today’s decision will be transformational to the screen industries in the Leeds City Region – and indeed across the North of England. We look forward to welcoming Channel 4 and working with them to capitalise on the creative opportunities that this bold move brings.”

However, civic leaders in Greater Manchester expressed their disappointment at the decision.

“We firmly believe that relocation here would have strengthened both Channel 4, and this existing creative ecosystem and are disappointed that they have not chosen to come here.

“However, our ambitions are undiminished and we will continue to pursue opportunities to further grow jobs, opportunity and creativity in the city.”

Salford City Mayor Paul Dennett added: “It is disappointing Channel 4 are not joining the Greater Manchester creative and digital cluster. We firmly believe that we established the national value of cities and regions specialising in areas where they have a competitive advantage in order to grow – we have unrivalled infrastructure in Salford and Greater Manchester, which will continue to develop, competing not just with London but internationally.

“We would like to wish Channel 4 every success for the future.”

Culture Secretary Jeremy Wright "Congratulations to Leeds, Bristol and Glasgow, and I look forward to Channel 4 taking further steps to increase its impact around the UK in the years ahead."

We’ve done it! The best news today that @Channel4’s national HQ will be in #Leeds. THANK YOU so much to all involved in this brilliant pitch, from Bradford, York and @leedscityregion to @screenyorkshire @truenorth and @allinleeds! #allinleeds #4sparks https://t.co/i24eYapFd9