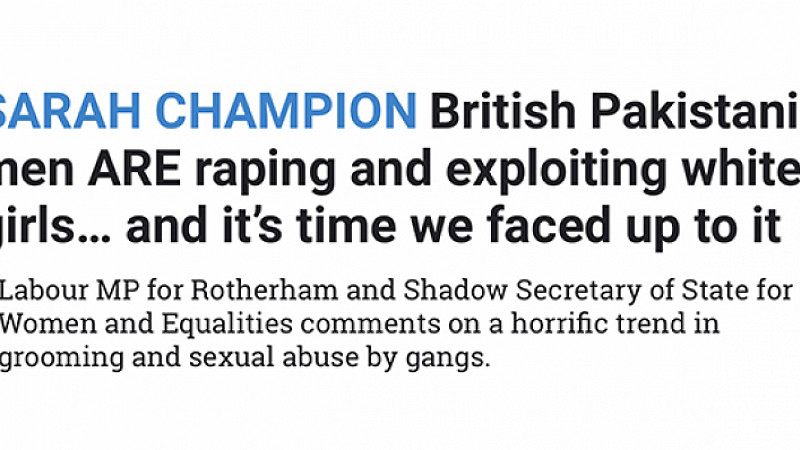 Rotherham MP, Sarah Champion, has resigned from the Labour front benches after criticism of an article she wrote in The Sun.

Last week, the Shadow Secretary of State for Women and Equalities penned the column, headlined “British Pakistani men ARE [sic] raping and exploiting white girls... and it’s time we faced up to it.”

The comment piece was published following the jailing of 17 men in Newcastle, who were convicted of forcing girls to have sex.

In it, she stated:

“For too long we have ignored the race of these abusers and, worse, tried to cover it up.

“No more. These people are predators and the common denominator is their ethnic heritage.”

Originally Champion sought to distance herself from the piece, suggesting that it had been edited and “stripped of nuance.” However, The Sun argued that the article had been approved by her advisers.

In a statement she said:

“I apologise for the offence caused by the extremely poor choice of words in the Sun article on Friday.

“I am concerned that my continued position in the shadow cabinet would distract from the crucial issues around child protection which I have campaigned on my entire political career.

“It is therefore with regret that I tender my resignation as shadow secretary of state for women and equalities.”