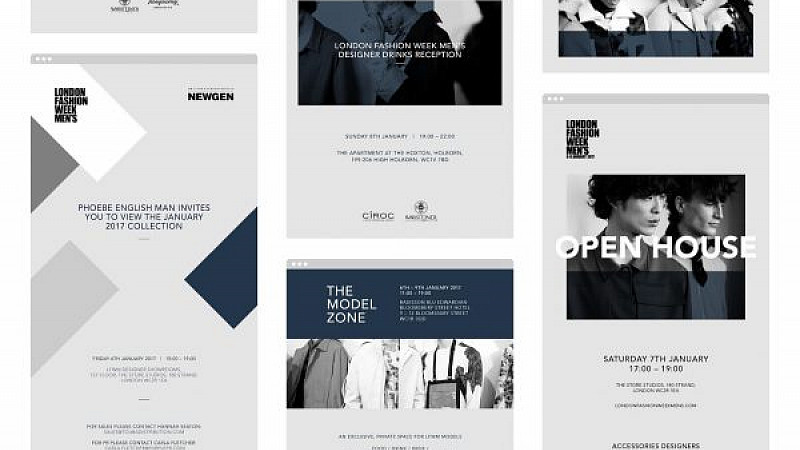 "We created a new layout for collateral that relies on a gridded template and uses luxurious colours that change through the seasons plus bold shapes that differentiate the events at London Fashion Week Men’s and a collection of black and white images that best represent this unique event. We look forward to adapting the new brand for seasons to come.” Some of Music's creative for the event

Music, which also works with Universal Music, Powerleague and Pho, has recently opened a London studio.

British Fashion Council's Clara Mercer added: “London Fashion Week Men’s is a global showcase of designers from established to emerging designer talent. The new brand will be recognised around the world and positions the event alongside London Fashion Week, further cementing London’s position as a capital know for creativity, business and innovation.”