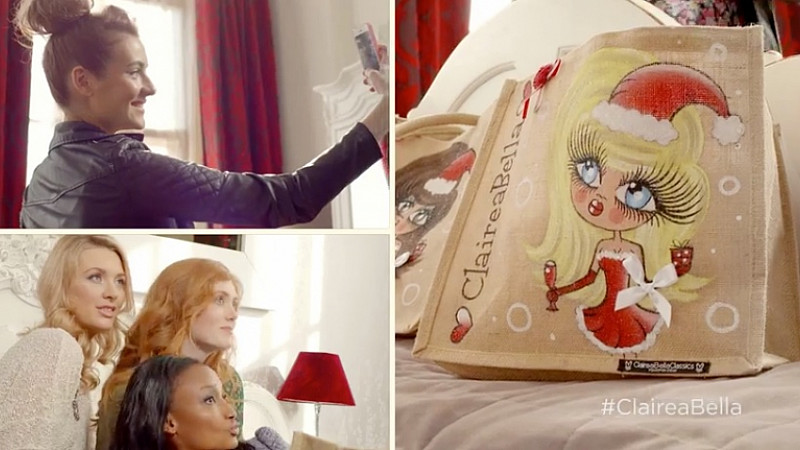 Stockport brand, ClaireaBella has launched a national television campaign for the Christmas period.

“I originally started ClaireaBella from home designing bespoke, one off pieces.  In three years the company has grown to become a brand with its own manufacturing premises and a full lifestyle offering. Now is certainly the right time to crank up the noise on ClaireaBella,” said founder and managing director Claire Barratt.

“We’ve launched a dedicated retail range, which the integrated marketing approach supports. This new range will help us showcase a different side to ClaireaBella and attract a new wave of fans.”

The firm has spent £120k on the television advertising, which will run through to December.