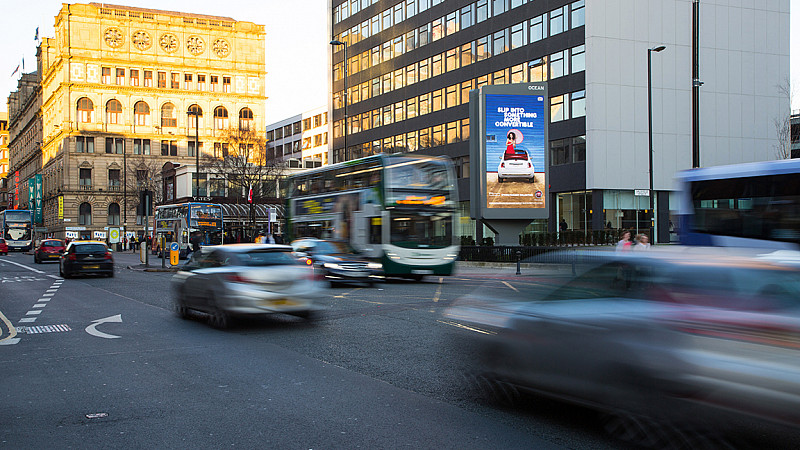 Ocean Outdoor has introduced a series of full motion screens to 6 cities across the UK as advertisers seek to invest in digital campaigns. In Manchester, a new double-sided screen has been installed at Manchester One (previously Portland Tower), while Newcastle’s first and only digital outdoor screen launched with a campaign from Weetabix.

Rebranded as “The Screen”, they become part of Ocean’s nationwide network of full motion screens.

“The rebranding of our screen in line with the renaming of the Portland Tower and its upgrade to full motion reflects how more advertisers are realising the value of digital out of home and taking advantage of it,” explained Ocean Outdoor marketing director Richard Malton.

“In doing so, brands are becoming more relevant, premium and responsive. DOOH is no longer being looked at as just another medium for a wider campaign. Its unique capabilities mean it’s now being implemented as a standalone addition. Spectacular new sites like Manchester one reinforce this shift and extend the opportunities.”