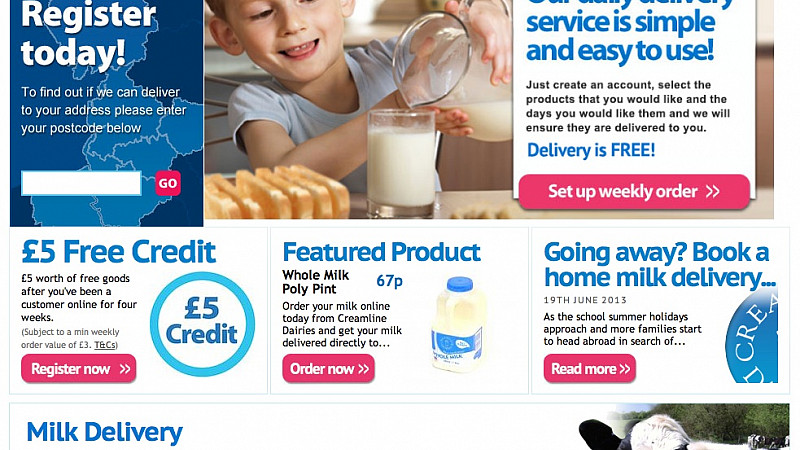 Creamline Dairies has released an educational video as part of a promotional campaign for its online delivery service.

Acrobat Television in Manchester was briefed to produce a film which underlined the company’s history as well as its modern approach to the milk round.

“We wanted to convey lots of messages in a short, watchable video – educating viewers not only about our new online delivery service: we’re bridging the gap between the weekly ‘big’ online shop and the desperate dash to the corner shop for top-up essentials - but also about our commitment to working with local farmers,” said Creamline director, Rob Purvis.

“Acrobat did a great job of making sure that the film was lively and clear – with attractive farm shots, a great script and engaging use of music. They were great to work with and really went over and above.”