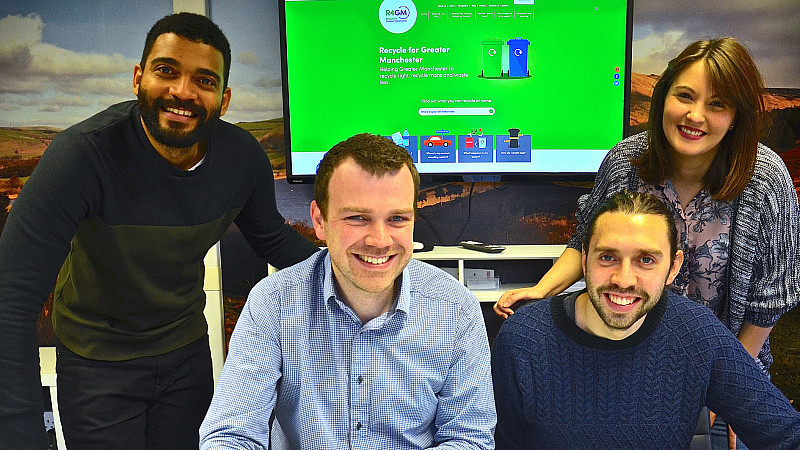 He said: “The agency’s team worked hard on the project over a three-month period and launched the new brand earlier this year, along with the two new websites.

"Taking an already existing, well-known brand, and re-inventing it into something new was a bold move from the waste disposal authority, and one we were eager to assist with. The brand delivery has been extremely well received and the organisation now feels it has its’ own unique identity which the people of Greater Manchester can relate to."

The new websites and brands can be found at http://www.recycleforgreatermanchester.com/ and https://www.gmwda.gov.uk/.