A Week in My Life: Daisy Whitehouse, MD of Down at the Social 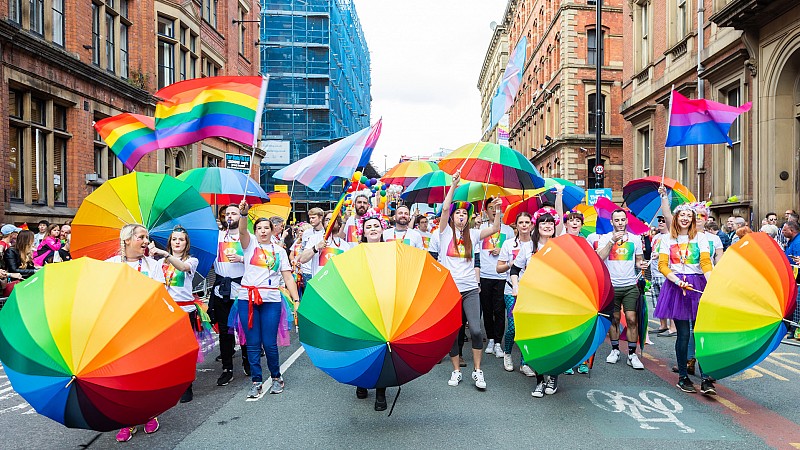 This week it's the turn of Daisy Whitehouse, MD of Down at the Social, to give us an insight into her working life. To suggest another senior media or creative figure for A Week In My Life, please email david@prolificnorth.co.uk.

I don’t need an alarm - I have a five week old baby called William! So the week starts with him as my husband Jason gets up with Alfred our four year old. ‘Daddy can we go upstairs’ he says over and over every morning until someone feeds him. (our house is upside down so the kitchen is upstairs).

I’m back to work quite quickly because it’s The Manchester Pride Festival and Jason - a climber - has taken six months off work to look after the boys because I can’t miss this.

I leave at about 9 for the office in Manchester.  We live on Pendle Hill so it’s a 30 mile commute which gives me time to catch up on the news and listen to podcasts as i drive.

Every Monday the team WIP is a time to talk about last week and what’s coming up.  With The Manchester Pride Festival and the launch of Treetop Adventure Golf this week, along with Wood Manchester’s first birthday and a whole host of campaigns in planning, we have a lot to juggle.

In the afternoon I head over to the Manchester Pride head offices for an interview with chief exec Mark Fletcher and Emily Heward from the Manchester Evening News about the future of Manchester’s Gay Village.

The LGBT+ charity has just announced that they will be changing the format of their bank holiday weekend festival in 2019 because development in the village means that they may not be able to use the car parks that are home to The Big Weekend’s Thomas Cook Airlines Stage and Gaydio Dance Arena. So ahead of this year’s event the village is a hot topic.

My sleep patterns are a bit all over the show but after a rare great night of sleep I woke up early. If i’ve had enough sleep then I’m very much a morning person and find I can get loads done between the hours of 6 and 8am so I crack straight on with a few pitches we have to finish.

I spend the rest of the day in our Lancashire office in Rawtenstall finalising the team’s schedule for this weekend’s event and drafting the photo brief for our amazing photographer Carl Sukonik. Carl happens to be in the office shooting a campaign with Dreamscope, our office mates. I spend more time with him than Jason.

When the schedule is finished I confirm plans for our latest campaign launching a very exiting Christmas product range for The Original Factory Shop. It’s for charity and we hope to involve a high profile celebrity. We can’t wait to tell you more.

The new office is next to Home Bargains and they are the sole stockist of the limited edition caramel M&Ms so after dropping in to buy a bag or six I head home for a run. When i get home i remember I have two ecologists coming to carry out a bat survey in our barn for a planning permission application - who knew three bats could cause so much work.

Starts with a design meeting at home for another business venture. Whilst waiting for the designer to arrive I catch up with some invoicing and check everything is on track financially for the month.

The team are all over the city… we have an interview with Channel 4 on Canal Street and intern Hayley is dashing about the city dressed as Simi the monkey generating social media content for Treetop Adventure Golf. She said she wasn’t sure what to expect from PR when she started but I don’t think she expected to be dancing around the city in an 8 foot monkey costume!

William is coming to work with me today as normally Thursday is my work from home day.  We start at the Manchester Pride offices for a phone interview with Helen Pidd the Guardian’s Northern Correspondent about the future of the festival and why it, and the Gay Village, are still relevant today.

After the interview William and I are off to meet hairdresser to the stars Andrew Trott Barn for a very important planning meeting/ blow dry. Along with Andrew and a team of Forever Manchester volunteers (Emma James, Natalie Gray & Siobhan Hanley), I help organise The Mirror Ball every year to raise money for the brilliant charity. If you fancy sponsoring a brilliant do, getting loads of coverage and hobnobbing with celebrities then get in touch as we’re just making a start on 2019’s event.

Meanwhile, Simi and the team are hand delivering beautiful gift boxes to media and influencers across the city. The gorgeous wooden boxes include golf balls, tickets to Treetop, palm trees and cupcakes (because everyone loves cake) from Hey Little Cupcake.

Then it’s all back to WeWork for a catch up before we head over to the The Big Weekend site for a recce. Over the weekend we’ll be hosting media, managing the paparazzi in the pit, liaising with tour managers to facilitate media interviews, generating content for media and social and generally making a nuisance of ourselves.

After all that I rush back home to help Jason and Alfred finish our Spiderman scarecrow and put him in place in my mum and dad’s garden for the Higham Scarecrow Festival over the bank holiday weekend. The theme was films and Alfred is obsessed with superheroes so he chose Spiderman. Well at first he chose Super Sticky his own made up superhero but we convinced him to go with something a bit more mainstream!

Then a tour of the North - we drop Alfred at his Grandma’s and make our way into town to check into the hotel that’s home for the weekend. I couldn’t leave William all weekend at just six weeks but neither could I miss the event so our lovely client has bent over backwards to make it as painless as possible.

WOW! How is it here already. I have a quick breakfast - thanks Jury’s Inn - and first stop is Velvet for Mark’s first interview of the weekend with Matt and Jessie from Gaydio. We missed Jake Shears who was spotted casually wandering down Canal Street like he wasn’t a mega star! Back to the Manchester Pride office to create some Facebook ads for Wood Manchester to promote the final week of MasterChef Champion Simon Wood’s restaurant’s birthday month celebrations. Then we head down Portland Street to the Carat offices for Mark to talk to the agency’s staff about The Manchester Pride Festival.

That’s me done because Jason, William and I have to leg it down the M6 to Kidderminster for the wedding of one of my school friends Brendan. Another school friend who might wish to remain nameless taught me the three golden rules of business; 1. stay out of prison (getting arrested is ok as long as you get out quickly allegedly), 2. make as much money as you can and 3. (none of us can remember rule 3 so hopefully it wasn’t too important).

Whilst on the M6 carpark we confirmed another interview with ITV Granada Reports for Mark and organised for NWT to record the weather from the main stage. Not our favourite subject as it was forecast to rain all weekend but it seemed to be looking much better for Saturday morning’s Parade at least.

While I was listening to more wise words from old friends the team handled a media launch with Marketing Manchester and Manchester’s Mayor Andy Burnham to kick off The Manchester Pride Festival and manage the six media interviews we arranged with the incredible Jake Shears. 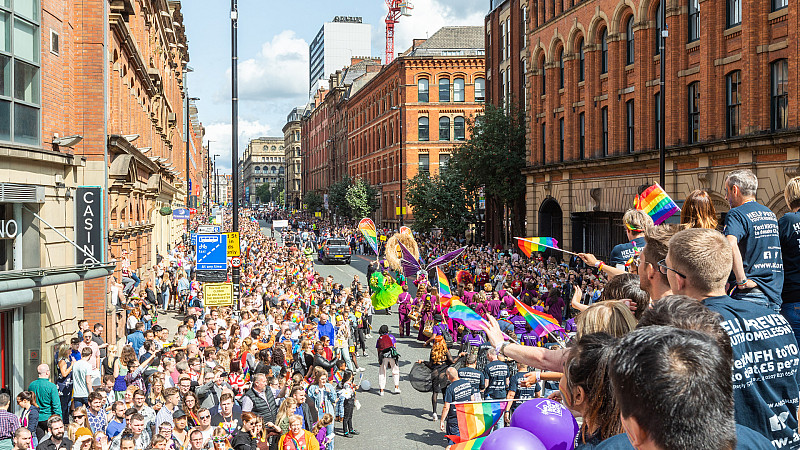 It’s the day of The Manchester Pride Parade and from the roof of the VIP brunch at Hotel Gotham we can see blue sky and the sun! It’s going to be ok.

It’s a chaotic morning managing media interviews and gathering content from the start of the parade on Liverpool Street. We’re hugely privileged to be part of this event and my favourite part of the weekend is always walking amongst the 180 entries through Manchester, watching the crowds and soaking up the atmosphere. It’s a beautiful sight and everyone should experience it.

In 2016 i experienced it from the driving seat of a mini with Sir Ian Mckellen stood on the back seat. It’s terrifying trying not to kill a national treasure!

The team then work tirelessly through the day managing the pit and leading more media interviews whilst talking relentlessly about food!

Sunday is all about Rita Ora. She was everything. Her performance was incredible and reinforced what a world class event The Big Weekend is.

Other things happened but I don’t want to bore you. We danced in the silent disco and talked about food more…

Getting a little bit tired now. Callum from Eat New York The Bagel Shop saved us with salt beef. Thanks Callum.

The weekend, as always, is brought to a close with The Candlelit Vigil. The time when we all take a moment to remember what the party is for.  It’s a vital time for reflection and it’s humbling that people whose lives have been affected by HIV are brave enough to stand on the stage in Sackville Gardens and share their experiences with an audience of 4,000.

For me the vigil reminds me why Manchester Pride is important and why it’s important for me to be an LGBT+ ally. I’m in a position of privilege, I’ve never faced discrimination or had to fight for my right to exist as i am, and I often forget that not everyone in the world, or even in our city, is as lucky. The vigil, and the festival as a whole, reminds me that everyone has an equal right to live their life as they choose and every single one of us should do everything we can to make that a reality.

I hope that every piece of coverage generated or content shared takes us a little bit closer to reaching this goal.

The vigil ends with voguing from the House of Ghetto - amazing - and fireworks. And it’s a wrap. We regroup in our back stage cabin before going home. I may have had a can of Stella (something for the Jury’s Inn to work on) in bed! 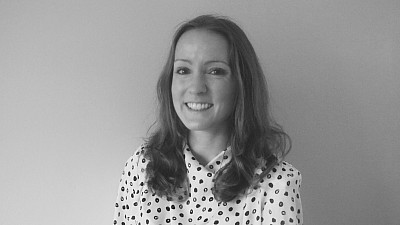 How automation will change the PPC landscape 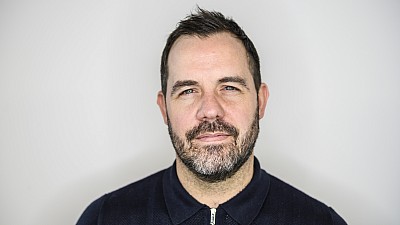 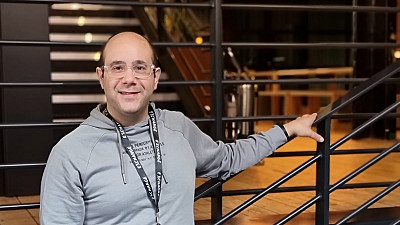 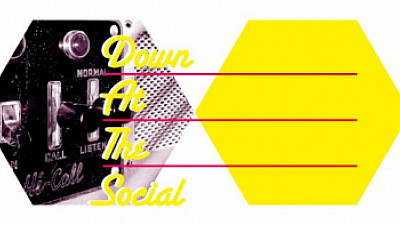 Down at the Social to promote Manchester Pride 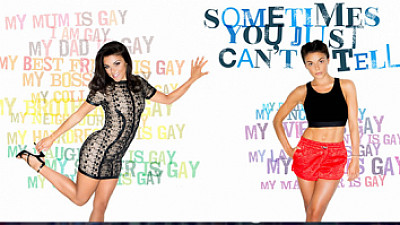 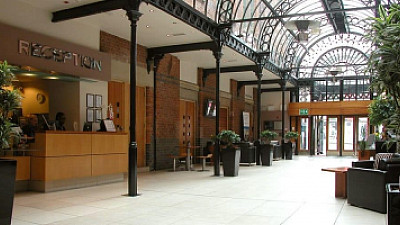 Down at the Social to launch new aparthotel brand