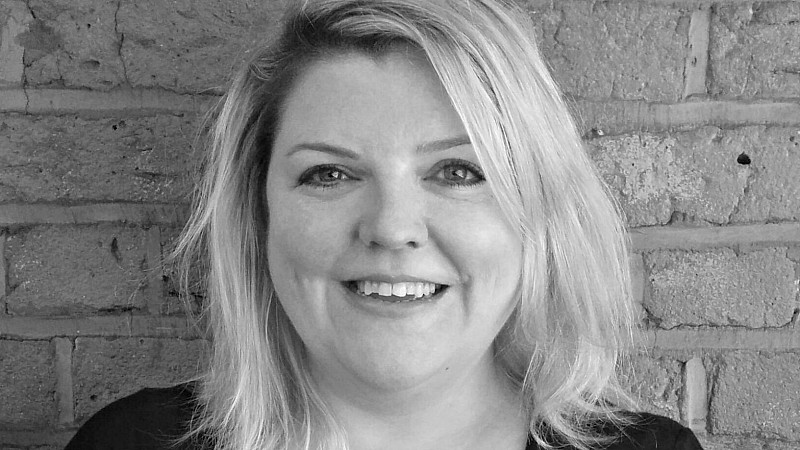 2016 saw the birth of 531 digital and technology businesses in Manchester - a 130% increase from 2011. By the end of 2017, such businesses were worth £3.4 billion to the city’s economy. In other words, Manchester’s digital sector is booming, and with the right strategy in place, has the potential to become a global leader in technology.

However, Manchester is suffering from a severe digital skills shortage, which is stifling growth. The latest Tech Nation report revealed there are currently almost 70,000 digital and tech jobs available - but since 30% of them remain unfilled, we know this figure could and should be a lot higher.

Despite the sector experiencing growth as a whole, Manchester Digital’s 2019 Skills Audit revealed that just over half of Greater Manchester’s technology and digital businesses saw turnover growth last year, compared to 77% growth in 2017. At the core of this contraction is the skills shortage, with almost a third of digital businesses saying they’ve had to turn work away as a result of not being able to find the right talent to fulfil it. One in four said they’d had to offshore work as a result of this, with 60% of businesses having to inflate salaries to compete for talent.

Manchester is the second-largest economic force in the UK, with a GVA of £62.8 billion, and digital business plays a huge role in this, but the sector simply cannot continue to grow if it has to turn away business because it doesn’t have the resources to carry it out.

Though progress remains slow on the surface, in Greater Manchester we're starting to see big improvements in the way industry, education and Government are pulling together to improve the problem. Change will only come if this collaboration continues, with a common goal of driving future growth in Greater Manchester by plugging the skills gap and delivering the volume and quality of talent the region is crying out for.

Breaking down stereotypes for digital diversity

If Manchester is to fulfil its potential of becoming a leader in the global technology space, we must first break down the narrow stereotypes and perceptions surrounding the technology worker that still exist today.

To achieve this, there must be more focus on making people aware of the immense breadth of digital roles available in Greater Manchester, and that these aren’t only accessible to those with a traditionally ‘technical’ background. For example, a background in psychology can serve as a strong foundation for a flourishing career in user experience (UX), or if your talent is creativity, you're perfectly positioned to excel in roles such as app design and animation at one of the many digital agencies Manchester is home to.

What's more, if you have absolutely no connection to the industry it can be difficult to understand the various routes into it. We must create pathways into digital and tech careers that are as obvious and prominent at school and further education level as those into accountancy and law.

We must also reach parts of society that aren’t connecting with our industry the way they need to be - to not only close the skills gap, but ensure the services we are delivering are the best they can be, relevant to all communities and demographics.

Gender balance is a big problem, with the 2019 Digital Skills Audit revealing just one in every five technical roles in Greater Manchester are currently filled by women. This severe underrepresentation is mirrored nationally at education level; figures from Wise Campaign reveal that just 39% of A-Level Maths students in 2018 were female, with this number dropping to 22% and 12% in Physics and Computing respectively. Despite this, girls outperformed boys in STEM subjects in 2018 - meaning there's female talent the sector is missing out on.

Low ethnic diversity and representation is also impacting the region’s talent pipeline, with the skills audit revealing people of black, Asian and minority ethnic origin make up just 10% of the workforce. A further 5% consists of mixed or multiple ethnic groups.

Bridging the gap between industry and education

Despite significant progression, our education system still isn't fit for purpose, and while we continually strive to improve the situation, we know this won't happen overnight. It's up to industry to drive change.

The only way we can solve the skills shortage and futureproof the industry is by guaranteeing the connections made between education and industry are sustainable, and that the curriculum has enough industry input to keep it relevant.

It's vital for the sector in Greater Manchester to focus on inspiring young people to find out how varied, interesting and relevant a career in tech can be, mining and retaining a rich stream of digital talent in the process. The most straightforward and effective way to achieve this is making sure young people are engaged with STEM subjects. Businesses must take responsibility in supporting the talent pipeline by working more closely with education - running apprenticeship schemes, taking on placements and visiting schools and colleges to impart knowledge and highlight the opportunities available.

The industry changes and evolves at such a pace that it's hard for teachers and careers advisors to keep their industry knowledge up-to-date, so as well as inspiring young people through placements, shadowing and lectures - the tech sector needs to do the same for those teaching them.

More long-term, STEM subjects must adopt a more prominent position in the curriculum. They should be viewed as a competency everyone should have, to ensure the future workforce is equipped with the skills required to enter a digital commercial world.

Talent has, and always will, remain a key priority for Manchester Digital, with initiatives launched to tackle the talent problem from education level up, harnessing the power of the industry through our membership. These include ‘Digital Futures’, which is supported by the Greater Manchester Combined Authority, and involves a range of industry-led initiatives for schools and colleges in Greater Manchester to help make young people more aware of the digital opportunities available; and ‘Digital Her’, which specifically aims to inspire young women to take up a career in digital and tech.

Further up the education ladder, with over 99,000 students, Manchester has largest student population in Europe - yet despite significantly cheaper living costs here, we're still seeing high volumes of students pursue careers in London after graduating.

The recent announcement of Manchester Metropolitan University’s School of Digital Arts (SoDA), tackles the talent issue head-on by providing a haven for students to develop the correct skills, meaning digital businesses across Greater Manchester will have access to people equipped for the current demands of the industry, as well as the jobs that are yet to be invented.

We must now build on this momentum, ensuring young people are aware of the amazing long-term prospects for achieving successful digital careers they might have previously gone south to seek.

The time to act is now

The digital sector in Greater Manchester is well known for its ability to put aside competitive differences and collaborate, and we're fortunate that there is so much enthusiasm amongst our businesses to get the skills shortage fixed. We must, however, keep going until we've made connections in every school across Greater Manchester, and the message that our industry has a place for everyone are being heard loud and clear by students, parents and teachers alike.

While the challenge ahead of us is still immense and it is difficult to see the dial really shifting, we must take heart in the incremental improvements we're currently making to the landscape and focus on scaling our collaborations to embrace working hand-in-hand with education as the new normal. 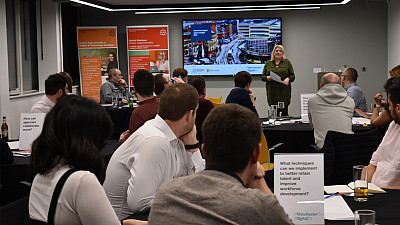 More than half of Manchester's digital agencies predict growth in 2019