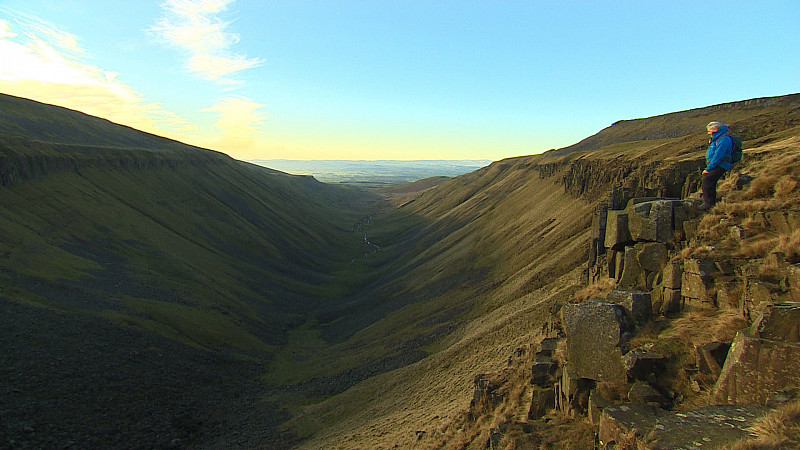 This week it’s Nicola Addyman, Editor of Regional Programming for BBC Yorkshire. She talks about the continued importance of regional programme-making.

It was all going so well. Our new series, The Pennine Way, had enjoyed a successful regional run and was about to be screened across the country on BBC Two in an encouraging slot in the schedule. Then our presenter, Paul Rose, was attacked by a polar bear while on an Arctic expedition. After a few frantic phone messages, we established Paul was ok. Despite coming face to face with one of the deadliest creatures on the planet, he’d survived with little more than a sore shoulder.

Not many people can say they’ve faced down a polar bear and not many TV producers, especially ones based in Yorkshire, can say they’ve had their talent attacked by a bear days before the big broadcast of the programme they had made together. But then those are the perils of working with someone like Paul, who combines his day job as an explorer with a bit of telly on the side.

Thankfully he lived to present another programme and the broadcast of The Pennine Way went ahead as planned in July. The audience figures were fantastic, with nearly two million people watching the second episode. Our journey through the beautiful landscape of northern England, and look at the origins of one the country’s best-loved countryside trails, found a national audience. BBC Two were delighted.

Once again, we’d demonstrated that the talented teams based in the BBC’s regional centres are more than capable of making great programmes for network TV audiences. It followed another success earlier in the year for the weekly programmes team based at the BBC in Leeds. In May, we produced a documentary for BBC One casting new light on the circumstances surrounding the Bradford stadium fire, which generated national headlines.

We love making shows for network TV and wish there were more opportunities to do so. I’m pleased to say the BBC television channels are always open to our ideas, perhaps because of the relationship we’ve built up with them over the years. We’re currently in talks about another programme we’d like to make and I’m optimistic it will happen. But in the meantime our focus is on other matters.

As well as pitching for network commissions, my team in Yorkshire also makes Inside Out, which is back for a new nine-week run on BBC One starting this Monday.

Inside Out is the flagship current affairs programme for the BBC’s regional teams. There are 11 versions across England, each offering a mix of hard news and human interest. We aim to give viewers original journalism with a regional focus and to tell stories in a creative and compassionate way. At its best, Inside Out sets the news agenda, holds power to account and takes an in-depth look at difficult and complicated issues.

Among the stories coming up this series are an investigation into airport security, an interview with a Kurdish father, now based in Keighley, who regularly returns home to fight so-called Islamic State, and a fascinating film about a Jewish refugee who fled the Nazis then ended up in Bomber Command.

We might not face the threat of polar bears very often but these are challenging times for the BBC, with some uncertainty over our future and questions about our scope and size. One thing for certain though is the commitment of the teams working on the new series of Inside Out to tell stories in the best tradition of public service broadcasting.

Nicola Addyman is the Editor of Regional Programming for BBC Yorkshire. Inside Out is back on Monday September 7 at 7:30pm on BBC One.