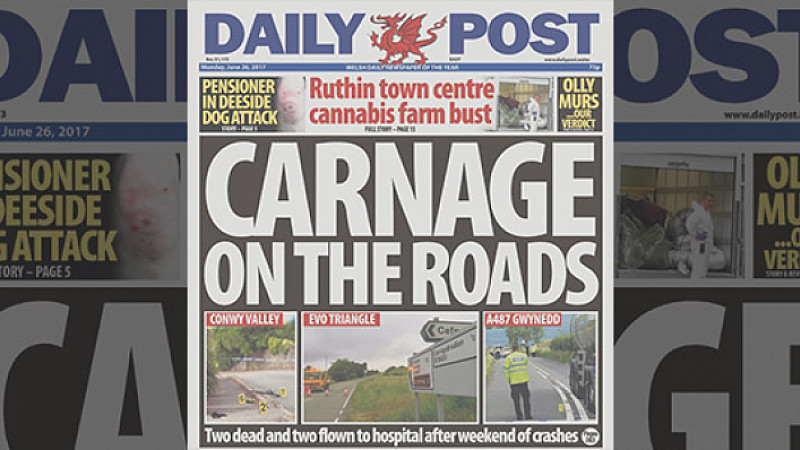 The editor of the Daily Post has responded to an open letter from the chief constable of North Wales Police.

It comes following the reporting of a number of road traffic accidents in North Wales, in which two people died.

In Monday’s edition, the newspaper’s front page had the headline: Carnage on the Roads.

“Your front page headline in Monday’s paper – “Carnage on the roads” – appears particularly harsh with scant regard for the families concerned or for those whose job it is to help those involved in these tragic incidents.

“I fully understand that the media have a right and a duty to report events, no matter how tragic, and that headlines are formulated to attract attention. The pressures on the modern media, declining sales in print and  the need to provide click-bait driven content on the web have been well documented.

“But the often seemingly heartless, or at least thoughtless way in which the paper and website covers local news amounts to a great disservice to the North Wales public, your own reputation and, more importantly, the victims of tragedies and crimes who have enough to cope with without the local paper adding to their sorrows.”

“I would appeal to you to show more humanity and compassion in your coverage of such incidents.

“Your reporting of weekend events also only gives part of the story. Alongside these tragic incidents police officers and staff were also out and about educating and enforcing on the roads.”

The Daily Post’s editor responded to the criticism saying that the paper writes “dozens of headlines every day and considers the way they are worded extremely carefully.

“Consideration always includes the effect headlines may have on the victims of accidents or crimes and their families.

“Sadly, by any measure, last weekend was a tragic one on North Wales roads with two deaths, two people airlifted to hospital and other crash-related injuries. Our thoughts, as always, are with the casualties, their families and the emergency services dealing with the aftermath and the Daily Post, like the police, is consistent in its quest to promote and highlight road safety in the region.”

“The Daily Post always seeks to avoid adding to the distress of grieving families or anyone affected by accidents - and if we inadvertently do we are quick to rectify and apologise.

“The use of the word 'carnage' to describe multiple accidents and deaths is common within the media and in this instance was definitely not published to offend or to sensationalise. It was a headline designed to encapsulate the magnitude of the weekend's tragic events.”

“The Daily Post would strongly refute any suggestion that we lack compassion or humanity. Indeed, the Daily Post has long supported the Ty Gobaith charity and other good causes and campaigned over many decades to improve the lives of people in North Wales.

“We will not flinch from telling the news however we always strive to apply sensitivity when dealing with tragic events.”

Campbell said that the paper “always welcomes valid criticism” and that the feedback would be taken on board.

You can read both comments in full on the North Wales Police website and in tomorrow’s Daily Post. 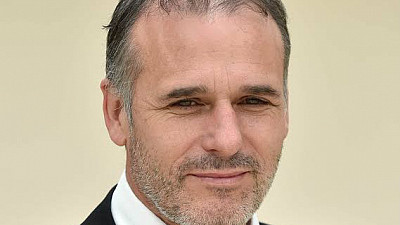