Liverpool City Councillors have unanimously backed a campaign, which calls on retailers to stop selling The Sun.

The tabloid has been boycotted by many people in the city, following its reporting of the Hillsborough disaster.

The motion was put forward by Labour councillor, Mary Rasmussen and stated:

"Contrary to the facts, The S*n published a front page story with the banner headline 'The Truth' which contained blatant lies.

"For this reason we call on all retailers and vendors of newspapers in Liverpool to stop selling The S*n."

Liverpool mayor, Joe Anderson also supported the families and said The Sun would “never, ever be forgiven” and that if he could legally do so, he could “ban it from shops across the city.”

However, the Society of Editors called the vote a “slide towards censorship” and that a public organisation “seeking to restrict a legitimate newspaper should be a matter of concern for those that value press freedom. “

"In a free society people must be free to choose which newspapers they read or sell,” said Bob Satchwell, executive director of the Society of Editors.

"The comments from Joe Anderson demonstrate the danger when he says that if he has his way he would ban the Sun. That is what happens in dictatorships and banana republics.” 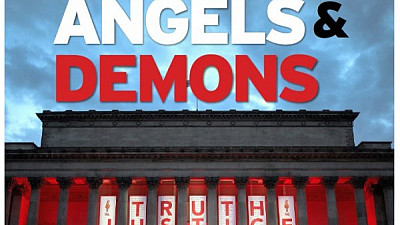 How the North's regional newspapers covered the Hillsborough story