Guardian Media Group has reported a pre-tax loss of £173million and a decline in digital revenue for the last financial year.

The company had previously budgeted for digital revenue in excess of £100m for the period. But instead, it declined from £83.8m to £81.9m in the year to March 2016.

The company reported a trading loss of £68.7m (earnings before interest, tax, deductibles and amortisation) and its endowment fund dropped by £73.3m from £838.3 million to £765 million.

These included 1,050 editorial and production staff (up from 925). A total of 268 staff took voluntary redundancy, including 69 in editorial.

The Guardian now claims to have around 50,000 readers who have signed up to become paying “members”.

A spokesperson said a further 180,000 pay some sort of print or digital subscription.

Chief financial officer Richard Kerr said: “The group operates in a challenging sector which is experiencing both structural and cyclical changes.

“There is an accelerating rate of migration from print to online, and from desktop browser to mobile consumption of news, with resultant revenue implications for both print and digital business models.”

Editor Katharine Viner’s total remuneration was £307,000, compared with £396,000 for her predecessor Alan Rusbridger, whom she took over from in June 2015.

“Under the leadership of Katharine and David the group has committed to a three-year business plan which will address those challenges head on, addressing costs whilst growing new revenues in order to protect Guardian journalism in perpetuity.”

Pemsel said: “Faced with a volatile advertising market, we have taken decisive action to control our cost base, reduce headcount, and grow our revenues around membership, branded content, video and data.

“We are on track to deliver a 20% reduction in our cost base over the next three years, while our unique ownership structure will allow us to continue to invest in the world-class journalism that these numbers clearly show our international audiences want.

“We have a hugely talented workforce and a strong global brand with well-established core values and we remain committed to achieving financial and editorial sustainability through our three-year business plan.” 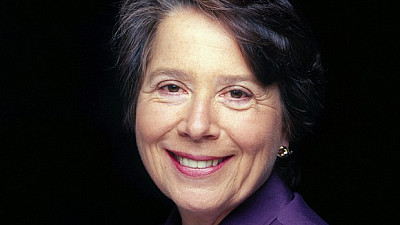