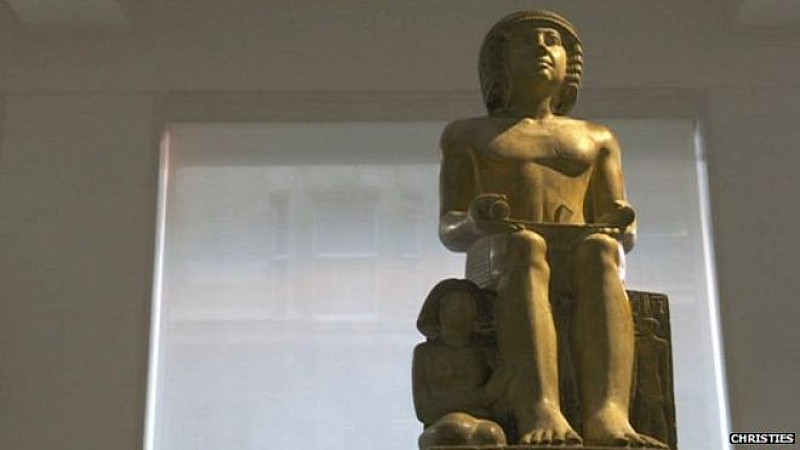 The Media Agency Group (MAG) has secured widespread national newspaper coverage today as part of a campaign to save an ancient artefact.

The Salford Quays based outfit placed advertisements in today’s issues of The Times, Metro and Daily Mail calling on the Government to step in and prevent the precious Egyptian Sekhemka Statue from being sold off.

The 4,500 year old artefact was sold by Northampton Borough Council to an unnamed private buyer abroad for £15.76 million in July 2014, a sale which the Ministry has described as “incompatible with the role and values of museums worldwide, where culture must be spread, and human inheritance ought to be shared.” The irreplaceable statue was blocked from being exported by the Department for Culture, Media and Sport earlier this year in an effort to allow potential UK buyers to put forward a serious bid to keep it in the country. However, this embargo is due to expire on 28 August. The Egyptian Ministry has issued this outcry in order to maintain the export ban on such a historic and cultural gem to prevent it from falling into private hands.

Media Agency Group, MD John Kehoe, said: “The sale of the unique Statue of Sekhemka is an issue that the Egyptian Ministry of Antiquities feels very strongly about, and we’re pleased to be doing our part in spreading their message across the UK national press. As the Ministry appeals to extend the export ban, we’ve secured some fantastic advertising space in some of the UK’s most famous news publications that will see the Egyptian message reach millions of readers.”