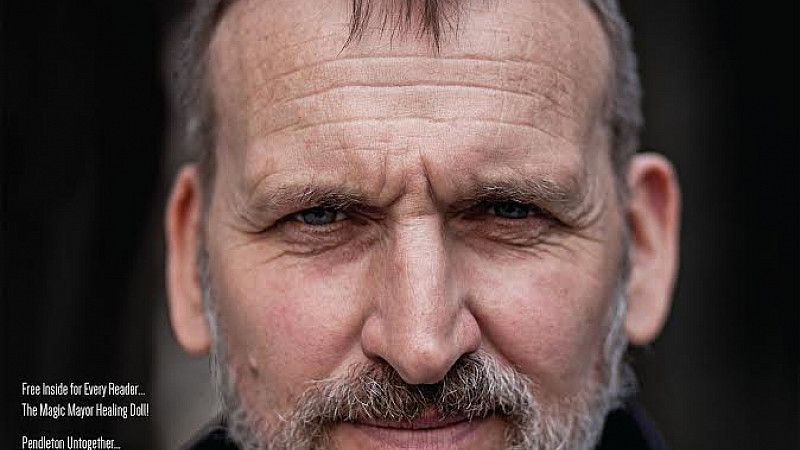 The Salford Star is back in print after an absence of seven years - just weeks after Trinity Mirror closed the town's weekly newspaper.

The community-run title went online-only in 2008 but 20,000 free copies are now set to be distributed around the town. The front cover of the new printed issue

In April, Trinity Mirror closed six weekly titles in Greater Manchester, including the Salford Advertiser, replacing them with the Manchester Weekly News.

The new 48-page issue of the Star has former Doctor Who Christopher Eccleston on the front cover and includes investigative features on a "£19million planning scandal" in Manchester city centre and Salford Quays and the "secrecy and hypocrisy" surrounding a £100m property development.

The print run has been funded with the help of reader donations and a volunteer editorial workforce.

“Every day that the Salford Star has been online, we’ve dreamed of getting the magazine back into print, and that day has come,” said editor Stephen Kingston.

“The Star is needed now more than ever, with the local Salford Advertiser closing down. It’s vital that people have a voice and the information to challenge authority. It’s about democracy and accountability.”

Read an electronic copy of the issue here.