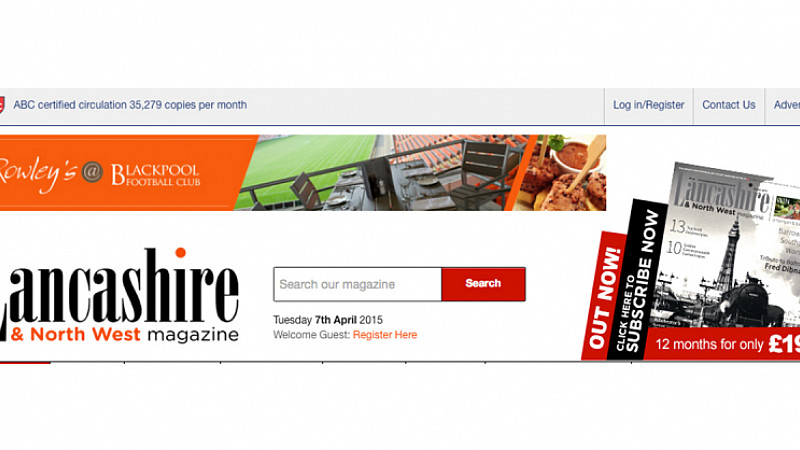 Two of Owen Oyston’s magazine titles have been withdrawn from the Audited Bureau of Circulations (ABCs). It means that Lancashire & North West Magazine and Yorkshire Ridings Magazine will no longer have industry-verified sales and circulation figures.

Today Prolific North tried to contact the titles at their Blackpool offices to find out why they had withdrawn, but there has been no response as yet.

For the Lancashire and North West Magazine in particular, it placed its ABC sales figures very prominently on its website, stating it has the “largest circulation of any magazine in the UK” at 39,089 copies per month. However, those statistics related to 31st December, 2013.

It’s understood that this figure has been challenged by Archant, the publisher of Lancashire Life and Cheshire Life. This is because of claims that during the last 3 months of the audit period, free distribution wasn’t monitored.

ABC said that neither title had breached its rules.

The rivalry between the two publishers is well documented. Ridings Publishing was established by Oyston after he sold Cheshire, Lancashire and Yorkshire Life to Archant and the ongoing circulation battle has been waged through cover prices and free distribution.