Johnston Press teams up with Twitter for election campaign push 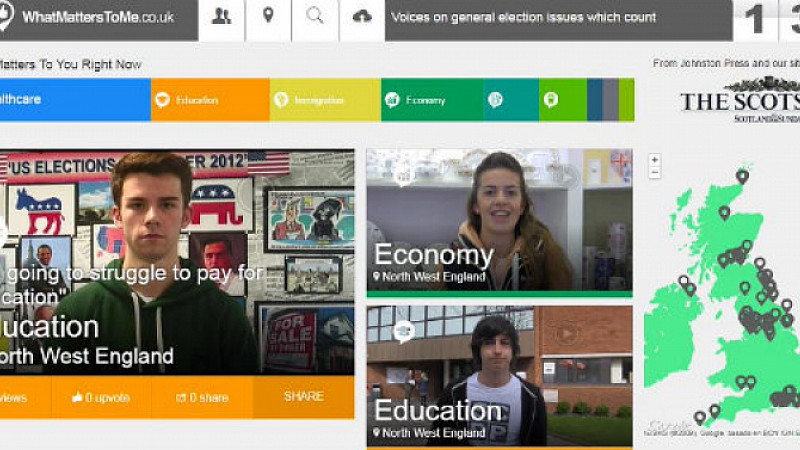 Regional publisher Johnston Press has partnered with Twitter to promote its What Matters To Me general election campaign.

For the whole of today, the hashtag #WhatMattersToMe will appear as Twitter's top promoted trend in a joint venture. The What Matters To Me site contains a growing collection of short videos from the public, explaining the issues at the top of their agenda.

The What Matters to Me site

For its part, Twitter has reached out to a range of partners and network members to further bolster the campaign, encouraging people to tweet their thoughts on what will matter this election.

Paul Napier, Johnston Press’ group editorial development director and head of the What Matters to Me initiative, said: “It is clear from the content on whatmatterstome.co.uk that there are many different issues at the top of voters’ priority lists, and that the opinions on any single issue are diverse.

"We’re very excited to be working with Twitter to help give people up and down the country, from Land’s End to John o’ Groats, a platform to voice their opinions. With this activity, we hope to take the focus away from party politics, and create a national conversation around the issues themselves, from the perspective of the people.”