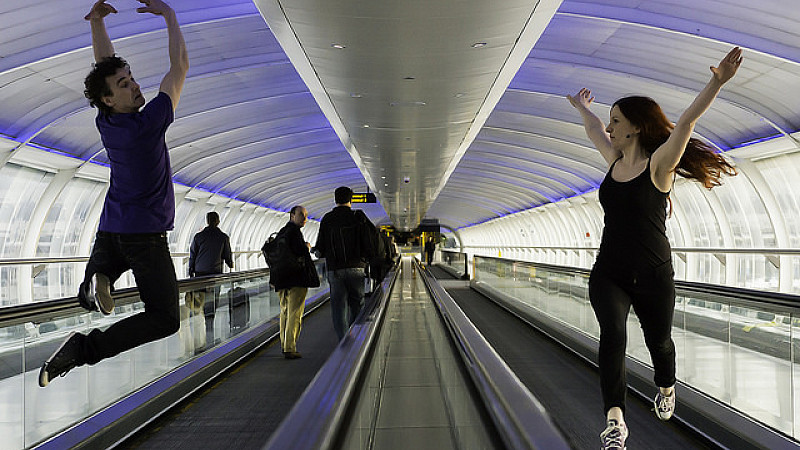 Lowry dancers at the airport

Arts organisations and Greater Manchester tourism has received a major boost with the news that Manchester Airports Group (MAG) is ploughing £340,000 into arts sponsorship in 2014.

The cash marks MAG’s 25th anniversary of arts patronage, which has seen it become one of the largest sponsors of its kind in the UK. During this time, it has spent more than £9 million supporting a variety of art forms and project, supporting jobs and expanding the cultural life of the region in the process.

It’s the second piece of good news for arts in the region this week. The BBC has also announced a stronger partnership with Northern events including the Liverpool Biennial and Manchester International Festival as part of what it says is its strongest commitment to the arts in a generation.

Head of public affairs for MAG, Sarah Brookes, who oversees the airport’s Art Sponsorship programme said: “Our approach has been to support a range of schemes - from high profile organisations to smaller community initiatives - and to promote art forms to those who would not normally have access to them.

“We firmly believe that a healthy theatre and arts scene supports inbound tourism and investment, and we are proud to support such a vibrant cultural community."