Regional publisher Johnston Press has today revealed a growth in operating profit of 7.8 per cent and digital revenue growth of 32.8 per cent, but alongside that has posted a decline in total revenue of 6.8 per cent plus a similar decline in advertising revenue during its most recent quarter.

In commenting on the Interim Management Statement that was released this morning, CEO Ashley Highfield said the company’s growth strategy was making ‘good progress and delivered encouraging results.’

“Digital revenue growth remains a priority and the Midlands reaching a “Tipping Point” in local display advertising is a highlight for the business. It remains a key goal for the whole Group to reach the point where digital growth will offset any further decline so we can return to overall top-line growth.

“With the refreshed print titles and websites, averaging monthly audiences of over 25m, and new digital products and services, we believe that Johnston Press remains as relevant to local communities and advertisers, both local and national as it has ever been.  We also continue to focus on reducing our cost base whilst increasing our investment in our digital future.”

The total number of people employed by Johnston Press, whose titles include the Yorkshire Post, Lancashire Evening Post and Blackpool stood at 4,350 at the end of 2012, a 23.1% drop year on year. In 2006 it employed 7,849 people and a redundancy programme is currently underway.

The Johnston Press Interim Management Statement has been drawn up for the 18 weeks to 2 November 2013, this being the last practicable date, as required by the UK Listing Authority's Disclosure and Transparency Rules and can be read in full here.

END_OF_DOCUMENT_TOKEN_TO_BE_REPLACED 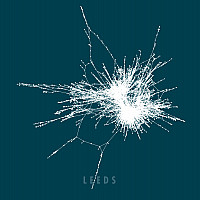 Bloom projects a digital picture of Leeds onto the British Library