Keighley Town Council has “lost the plot” over filming rights

Police were called to clear the public gallery of a Keighley Town Council meeting after councillors objected to members of the public filming proceedings.

It comes following a change in the law, which should allow people to report, blog, Tweet and film council meetings across England. At the time, Eric Pickles, the Secretary of State for Communities and Local Government, said it was so that local people could scrutinise and challenge the decisions.

On hearing what had happened at Keighley Town Council, Pickles tweeted:

“Keighley Town Council seems to have lost the plot. A good council is one open to public scrutiny. [...] For the town council in my old home town to make such a fool of itself is embarrassing.”

Adding: “It would be a pity if legislation is needed for councils to open their door to cameras, but I don’t rule it out.”

It appears that the local mayor, Sally Walker, had on a number of occasions asked the group to stop filming, saying it was against the council’s rules. Following a second adjournment of the meeting on Wednesday police were called to clear the public gallery. 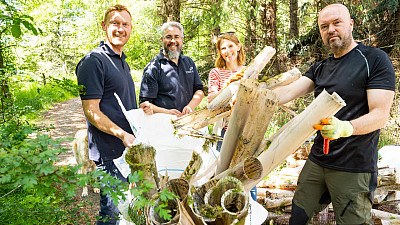