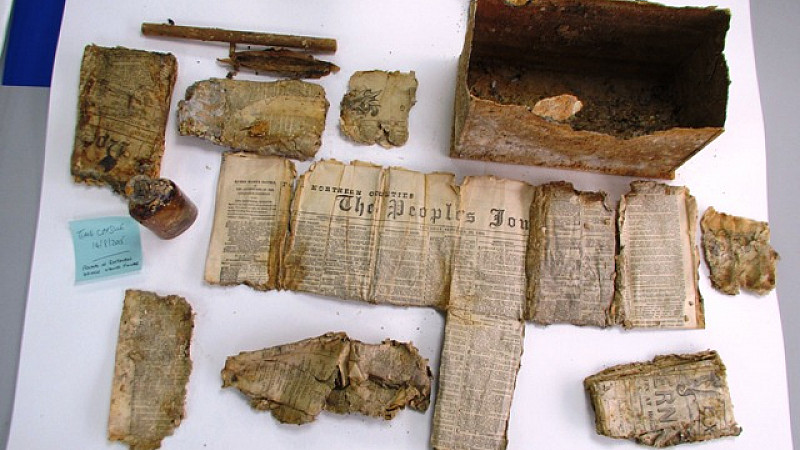 Influential PR's team is celebrating after a chance discovery of a time capsule on a client’s property led to national news attention on multiple channels and platforms.

What started, when a tin box was unearthed at the site of a road bridge just outside Kingussie in the Cairngorms being developed by Morgan Sindall, turned into a silly season whirlwind story for the PR agency.

Opening the box revealed a 121 year old time capsule complete with a bottle of whisky, a folded newspaper dated 22 September 1894 and a paper scroll. Steve Sanders explained: “As soon as we got the details we knew the media would just love the story. It’s rare that you get all these elements aligning like this, it just has everything.

“Rather than having to develop a creative strategy, it was a case of getting the story down and making sure the right people in the right media knew all about it.

“Of course, we had to ensure the story did a job for our client and their customer too. It’s a lovely silly season story which has provided some respite from day 500 of the ‘migrant crisis’, it’s has really captured the imagination.”

At the time of writing, the story is number one on the list of most read stories on BBC online and has been covered in most of the national print and broadcast press along with a swathe of specialist drinks media. It has also been shared thousands of times on social media channels.

Morgan Sindall’s area director for infrastructure, Robert Ogg, said: “It is fascinating to think these items have been sitting in the bridge’s structure for 121 years. The changes which have occurred since it was placed there are extraordinary. If you think that the bridge was being used by horses back then, it gives you a sense of the time which has passed.”

The artefacts have been passed to staff at the Highland Folk Museum in Newtonmore where they will begin the process of investigation and preservation.