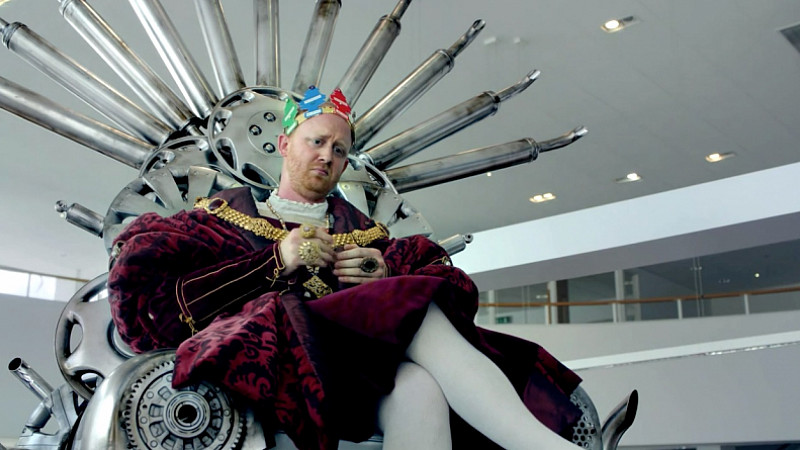 The Manchester firm rebranded last month from Car Loan 4U and the two “Rule The Dealership” ads will promote its new identity.

The 30second commercials were directed by US-based Harold Einstein (Got Milk), for Dummy Films and feature kings, queens, thrones, fire-breathing and wolves.

“Every good ad has a simple idea. In this case, the idea was how Zuto can give a person confidence when buying a car. I was smitten with this clarity and the wonderful absurdity of how the script was written,” said Einstein.

The campaign is led by creative agency, Karmarama.

“The teams at Karmarama and Dummy Films have given us two exciting, funny and bold ads, which we believe will have real cut through with our customers and will help make Zuto a household name,” explained Katy Lomax, marketing director of Zuto.

The advert will appear on ITV1 during the European qualifiers and Home Fires, then it will air on Sky and Freeview channels, with media buying handled by phd.