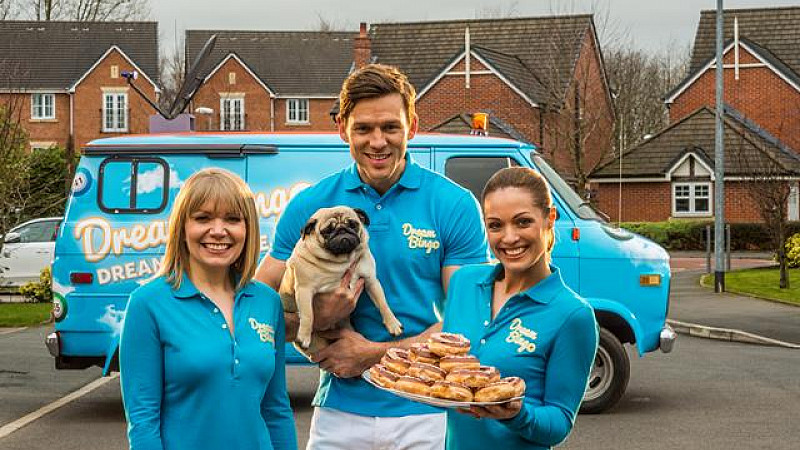 It created a multi-channel campaign which included a television campaign involving a so-called ‘Dream Team’ who encouraged people to share three dreams onsite for the chance to win them.

Home, which also has offices in London and Gibraltar, has a specialist gaming division which took the brief.

Director of gaming at Home, Nick Jackson, said: “We knew TV was needed, but also highlighted the importance of integrating this with social media, especially as bingo is a social game.

“We believe the TV commercial highlights Dream Bingo’s fun and uniqueness as a brand, while showcasing the brand’s new look and offer.

Thom Evans, former Scottish international rugby union player and model, stars in the main commercial, alongside a pug and a tray of doughnuts as he brings a player’s dreams to her doorstep.