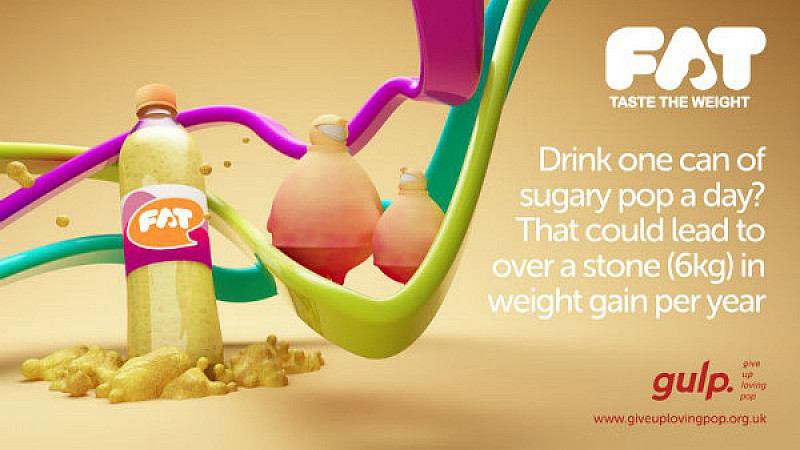 Liverpool agency Agent Marketing has delivered a campaign to highlight the damaging effects of sugary drinks.

The Gulp - standing for Give Up Loving Pop - campaign saw Agent incorporate warning messages within each ad. It was commissioned by social enterprise Health Equalities Group.

The campaign has been covered by the British Medical Journal and Agent has also taken it on a public roadshow in Liverpool, Manchester and Preston. Some of Agent's campaign creative

Paul Corcoran, managing director of Agent Marketing, said: “It was a delight to be chosen by Health Equalities Group to deliver this high-profile, important campaign.

“The Gulp (Give Up Loving Pop) campaign has already gathered interest from around the world, both in terms of general public interest and its engagement with the media.

“This campaign allowed our three departments – strategy, creative and communications – to work together to develop a dynamic, visually engaging campaign. It’s been a real team effort and the campaign’s results are a testament to the work of my team.”

“Agent had an excellent feel for this approach and their creativity and hard work ensured that not only were the visuals fantastic, but the roadshows and accompanying media coverage made gulp a great success.”