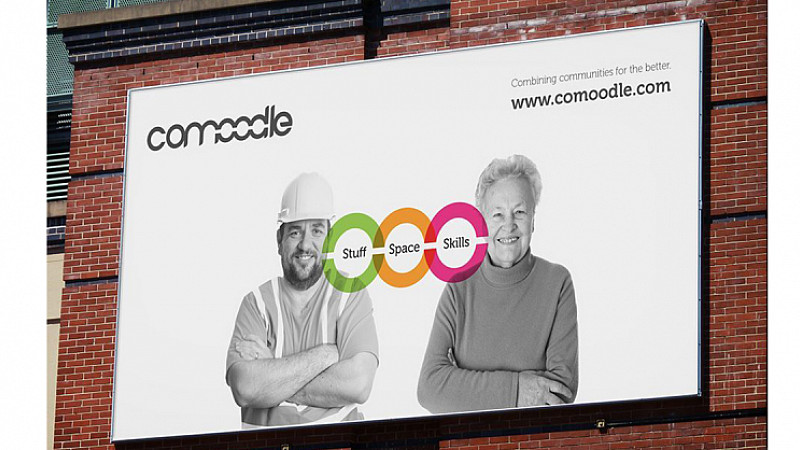 A brand developed by The Engine Room for Kirklees Council in Yorkshire has won an international prize from the former mayor of New York City.

Originally named Kirklees Shares, the council approached The Engine Room to turn the project into a brand, so that they could enter it into the Bloomberg Philanthropies’ Mayors Challenge.

“We came to The Engine Room as we knew they were the brand experts. We tasked them with fresh and innovative thinking for the project, which is exactly what they delivered,” explained Duggs Carre, Comoodle project leader.

“The team developed ideas for the bid that not only helped us stand head and shoulders above other submissions in the competition, but also helped us to translate key messages across to our audiences. The Engine Room addressed content, design, layout and messaging in a way that we could not. Audiences have already adopted the new brand name as a ‘Google’ turn of phrase; ‘Let’s Comoodle it!’ which has instantly helped turn the concept into reality.”

150 cities from 26 different nations entered the competition, with the winner taking home 5m Euros and 4 runners up getting 1m Euros. By being one of the runners up, Kirklees Council says it can now put the concept into practice and it’s set to be rolled out in the Spring.

“This project is about making a difference for the public good. We can’t wait to see Comoodle coming to life and working for the people of Kirklees,” added Lesley Gulliver, brand strategy director at The Engine Room.

“We had a matter of days to develop a name, a brand and a design for the bid. It was all hands on deck at The Engine Room, but it was worth it. We’re proud to be associated with such a successful project, and it highlights how design and effective copywriting can create real differentiation and a return on investment – in this case €1million!”