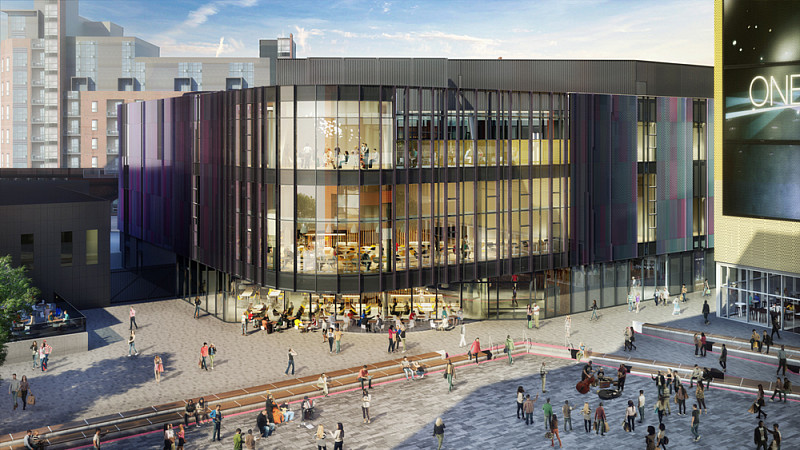 The New York Times has singled out Manchester as the only UK entry in its annual Places to Go list.

The city ranks number 26 out of 52 destinations that the publication considers to be most worthy of travel from the United States in 2015. The list is an eclectic combination of lesser-known places as well as those that offer a new reason to visit in 2015.

Citing ‘a flurry of cultural openings’ including the Whitworth, HOME and Elizabeth Gaskell’s House, the city’s listing suggests that 2015 will be the year that Manchester "shows off its sophisticated side". It also acknowledges the significant number of unique hotels getting ready to open, most notably Hotel Football. The new HOME arts centre will open in Manchester this year

Nick Brooks-Sykes, director of tourism at Marketing Manchester, said: “We’re absolutely delighted to see Manchester being recognised in this way, in what is set to be an exceptional year for cultural tourism. Marketing Manchester has been courting the US market through promotional activities and campaigns for many years so this is a real coup and we hope that it will inspire a new wave of travellers to discover the city.

“In addition to the culturally significant moments described in the listing, Manchester will also enjoy landmark events including the fifth Manchester International Festival, Manchester Pride’s 25th anniversary and a leg of the Rugby World Cup. It’s also the 20th anniversary of the Manchester Arena which Billboard magazine recently recognised as the third busiest music venue in the world.”

James Berresford, VisitEngland’s chief executive, said: “The combination of sporting, cultural and historical highlights taking place this year ensures that 2015 is set to be exceptional for this northern city.”

The full listing for Manchester reads as follows:

England’s second city shows off its sophisticated side.

A flurry of cultural openings fills the 2015 calendar of this now edgy city, beginning with the completion of the Whitworth, a ₤15-million renovation and expansion of the former Whitworth Art Gallery into its adjoining park with an art garden and sculpture terraces in February. In the spring, the ₤25 million HOME, a film center and theater, will open. Last fall, the Regency-style former home of the 19th-century writer Elizabeth Gaskell, known to her publisher, Charles Dickens, as “Scheherazade,” opened as a visitor attraction. But it’s not all high culture. This soccer stronghold will be home to Hotel Football, opening in March next to the Old Trafford stadium. The hotel, backed by five former Manchester United players, is one of four new boutiques in the pipeline.