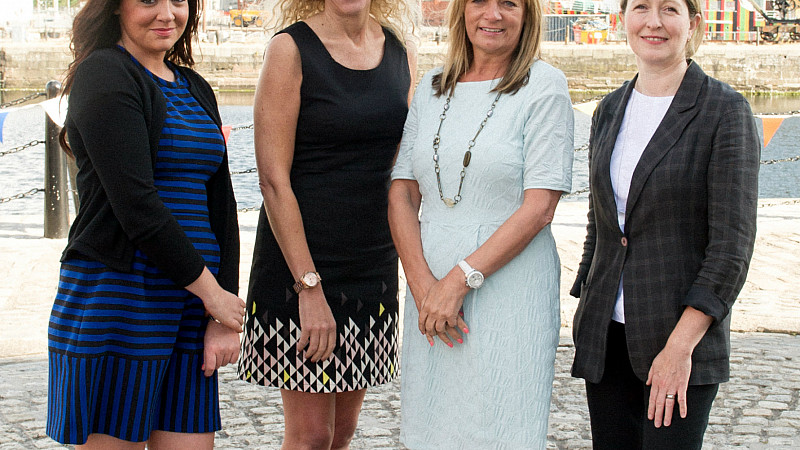 The Manchester office of Weber Shandwick has been appointed to raise awareness of the Liverpool Waterfront after a three-way pitch.

The Waterfront – comprising the historic King’s Dock, Albert Dock, Pier Head and Princes Dock – is home to iconic attractions such as the Three Graces, Museum of Liverpool and Tate Liverpool, collectively bringing over three million visitors a year.

Marketing is handled by Liverpool Waterfront Business Partnership CIC and the group selected Weber Shandwick Manchester after the competitive pitch. The Weber Shandwick team at the Liverpool Waterfront

Sue Grindrod, director and chair of Liverpool Waterfront Business Partnership, said: “From Chicago to Cape Town and Sydney to London’s South Bank, cities across the world are defined by their waterfronts.

“Our ambition is to elevate Liverpool Waterfront to its rightful place on a world scale, known for its striking architecture and unique attractions.

“Weber Shandwick Manchester’s combination of global reach and local expertise ensures they are the right partner for us.”

The agency’s destination and travel team will deliver a year-long campaign to drive visitors and businesses to the Waterfront through media and digital activity in the UK. It will also target overseas markets such as Spain and Germany.

Jo Leah, managing director and chair English regions & Wales at Weber Shandwick, said: “From the regeneration of the Albert Dock in the 1980s to 2008’s fantastic Capital of Culture celebrations, it’s been a transformational few decades for Liverpool Waterfront.

"With the International Festival of Business well underway and an extensive programme of high profile events taking place over the summer such as the Dazzle Ship exhibit, this is an exciting and apt time to position Liverpool Waterfront as a great urban waterfront of the world.”