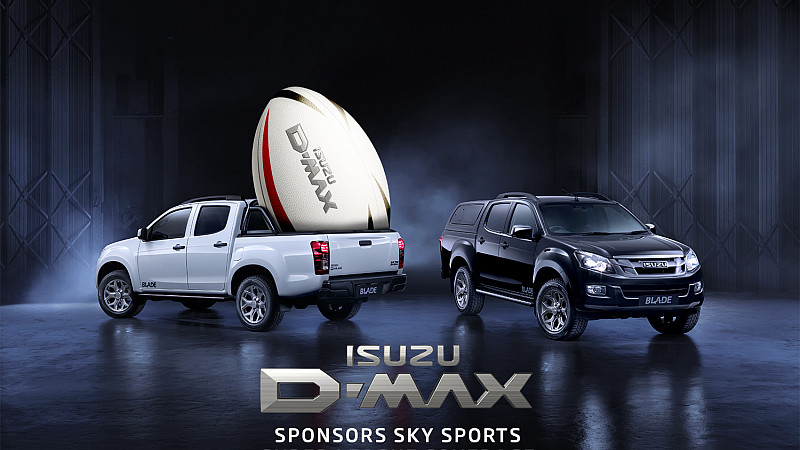 It’s part of a new campaign for the vehicle manufacturer to extend its reach beyond rural areas and into small and medium sized businesses.

The season-long sponsorship begins tomorrow and will include all Sky Sports live games, magazine shows, video-on-demand, mobile and online.

“The simple fact of the matter is, pick-up trucks are way cooler than white vans, something we wanted to get across to an audience of Rugby League fans,” explained Tom Richards, creative director at BJL.

“We didn’t want to ram all the benefits of a pick-up down viewers’ throats, so instead opted to recreate a number of in-play scenarios giving the Isuzu the opportunity to simply show off its moves.”

BJL in Manchester has produced 8 idents in total, based around the strap line “Pick Up Professionals.” The 2 x15” and 6x5” ads will feature the vehicles in rugby league scenarios.

“With our first venture into broadcast for the brand we were keen to use the opportunity to reach a targeted audience with a clear message about the vehicles benefits over the run of the mill white van, something we feel BJL has been able to capture effectively with their latest creative work for us,” added Haydn Davies, group marketing director for Isuzu UK.