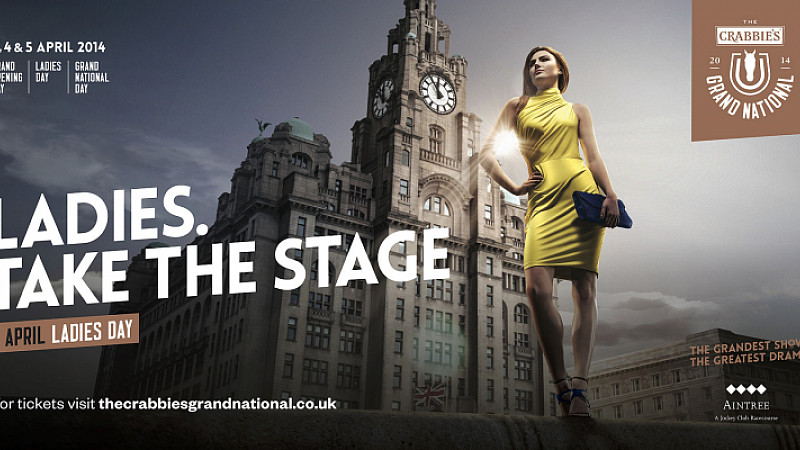 Loaf Creative is behind a major advertising campaign for Aintree Racecourse as it prepares for the Crabbie’s Grand National Festival. The Lancashire agency won a competitive pitch in October last year to carry out the work.

Launching today, “The Grandest Show, The Greatest Drama” campaign will showcase all 3 days of the festival, with distinctive treatments for the Grand Opening Day, Ladies Day and Grand National Day.

Shot partly on location in Liverpool, with the Liver Building forming the backdrop to the Ladies’ Day advert. They also constructed an Aintree fence at, legendary trainer, Donald McCain’s yard for the campaign. The campaign will air on ITV Granada and Border, debuting during the first break of Emmerdale. It will also feature on Channel 4. Outdoor will appear in Greater Manchester, Merseyside and on digital displays at London Euston. Three radio ads will be broadcast on TalkSPORT, Radio City, Key 103, Real and Smooth North West. Digital will include ITV Player pre-rolls and Facebook. They expect the campaign to have a reach of more than 30m.

“2014 is a really significant year for Aintree and the Grand National. We have a new title sponsor in Crabbie’s and we wanted to create a campaign which raises the bar to attract a broader reaching audience to what is one of the greatest sporting events in the world,” added John Baker, regional director for The Jockey Club in the North West.