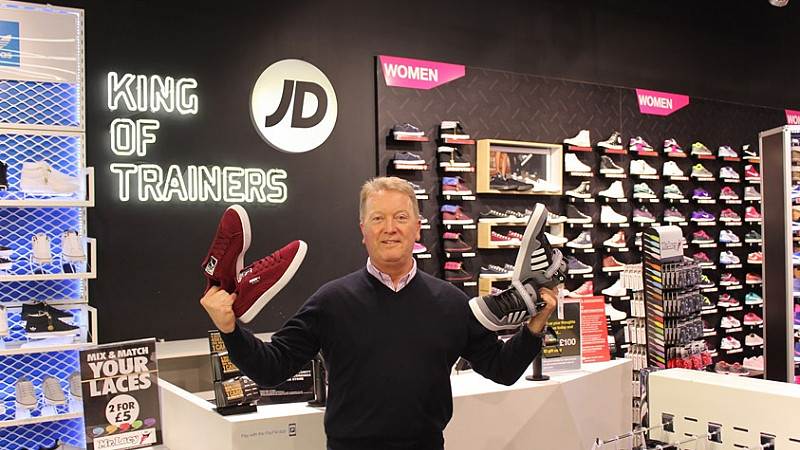 JD Sports in Bury has signed a 3-fight sponsorship deal with promoter, Frank Warren, with the fight being aired on subscription boxing channel, BoxNation.

The retailer will also be the title sponsor of the promoter’s arena events in November and December, including Dereck Chisora’s fight against Ondrej Pala at the Copper Box Arena in London. The deal also includes bouts at the Echo Arena in Liverpool and the First Direct Arena in Leeds. “This is an exciting partnership for JD, these are three big events on the boxing calendar and we are pleased to support them.   It’s great to see Frank Warren and BoxNation showcasing the UK’s  home grown talent to the masses and we look forward to working closely with Frank and his team to enhance the boxing fan’s, and our customers’, experience,” stated JD Group marketing director, Stephen White.

JD will also be offering customers prizes, signed merchandise and store appearances by the boxers.

“A partnership such as this underlines the appeal of boxing to the sports fan," added Frank Warren.

"Support like this allows us to continue the investment in our great boxing talent which will help the sport and the boxers continue to flourish,”

It’s the latest sports sponsorship announced by JD, which is now the stadium sponsor of Bury’s Gigg Lane, now known as the JD Stadium.

The moves come as JD prepares to launch its Performance brand, JDPro.