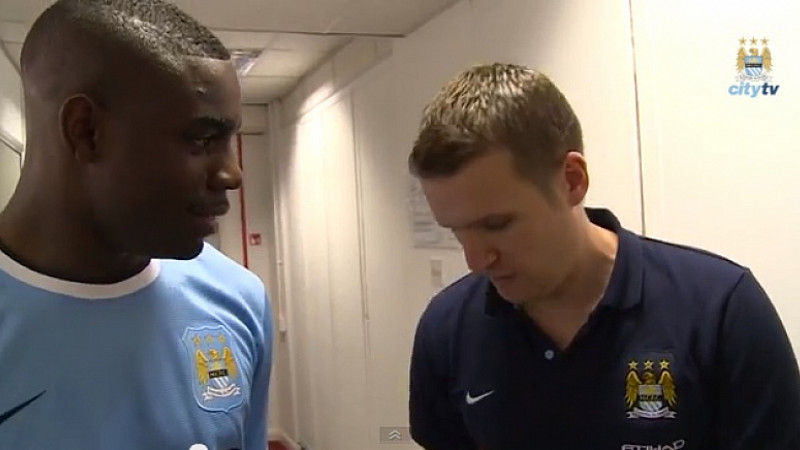 Manchester City’s Micah Richards, managed to give the club's marketing team a fright after convincing them he’d picked up another injury during a photoshoot.

The 25-year-old has only just recovered from a hamstring injury which has kept him out of action for the entire season.

However, during the green screen photography session, which was being filmed by Manchester City’s television crew, he slipped while running and then the dastardly plan was hatched: