The Monastery and ACC scoop gongs at the M&IT Awards 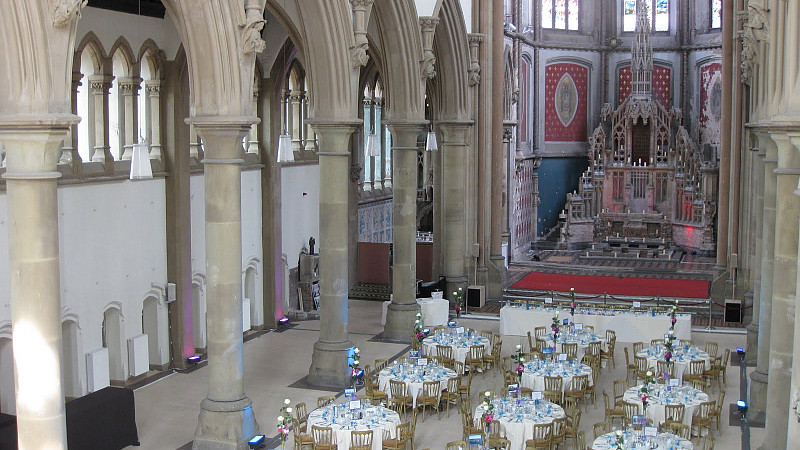 The Monastery in Manchester and the ACC in Liverpool were winners at the Meeting and Incentive Travel Industry (M&IT) Awards in London held last night. The awards, now in their 25th year, are the longest-established awards of their type in the UK's hospitality industry.

Over 1,000 industry professionals attended this year's awards and the evening raised £67,000 towards the awards' charity Save The Children.

The M&IT Industry Awards ceremony is organised by Meetings & Incentive Travel magazine and aims to reward excellence of service and product across the events sector.

In addition to picking up the Gold award in the 'Best UK Unusual Venue' category (for the second year running), The Monastery also picked up Silvers in the Best Value for Money Conference Venue and Best Conference and Banqueting staff categories.

The ACC in Liverpool picked up its Gold award in the Best UK Conference Centre category.

The Monastery and ACC were the only Northern winners on the evening.

Paul Griffiths, chairman of The Monastery Manchester said: “Since we opened as an events venue in 2007, and excluding any Monastery revenue, we have brought £8.5 million of total visitor spend into the city’s economy with many blue chip companies choosing to come to Manchester purely because they want to have their event at The Monastery.”