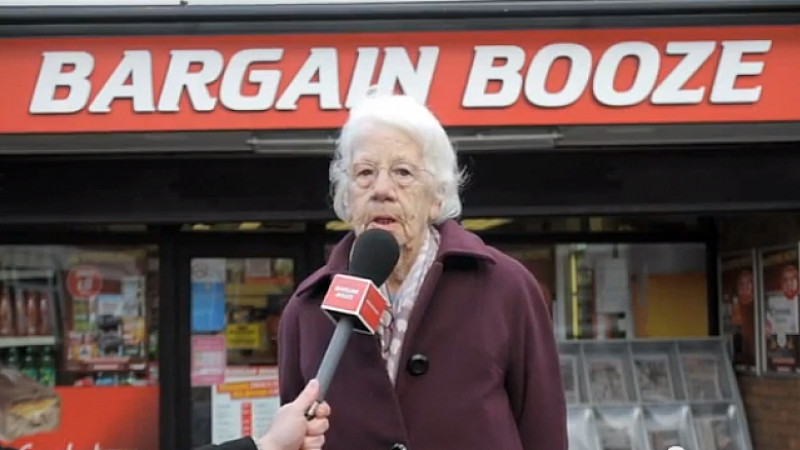 Bargain Booze is investing £500k in a week-long television advertising campaign to drive sales over Easter.

McCann Manchester is again behind the creative, which will build on the films that aired in the build up to Christmas. According to the off licence and convenience store group, these generated a 9.5% increase in sales.

The 30 second ad will once again feature Doreen and it will debut during Emmerdale on Monday 25th March. It will then run across selected ITV1 regions as well as ITV2 and ITV4 during key shows - Piers Morgan’s Life Stories, the new series of Catchprase, The Only Way is Essex and England’s World Cup qualifying match against Montenegro.

“Our Christmas campaign was a big success for our franchisees. It drove footfall and increased sales across our retail estate,” said Adam Burnett, Bargain Booze marketing director.

“We’re extending the campaign with a second instalment of the advertising that worked so well the first time round. We expect it will build on what’s already been achieved and further raise awareness of our brand personality and the leading offers in-store over Easter.”