Trinity Mirror is in talks to take a stake in Express Newspapers, the owner of the Express and the Star.

The publisher, which owns titles including the Manchester Evening News and Liverpool Echo, confirmed today it was in "early stage of discussions towards taking a minority interest in a new company comprising certain of Northern & Shell's assets".

It added: "No offer has been made and there is no certainty that any agreement will be reached. A further announcement will be made if and when appropriate."

Richard Desmond, the owner of Express Newspapers, described the reports as an "old story" in a tweet last night, although he did not deny the talks were taking place.

The two companies first held talks about a potential deal two years ago, but negotiations fell apart over price and the pension deficit carried by Desmond's titles.

Desmond acquired Express Newspapers in 2000 for £125m. His Northern & Shell business also owns assets including OK! magazine, which was included in the sale talks two years ago, and the Health Lottery.

Trinity Mirror’s share price has fallen 42% in the last year as the industry continues to be hit by falling print advertising revenues and year-on-year circulation drops. 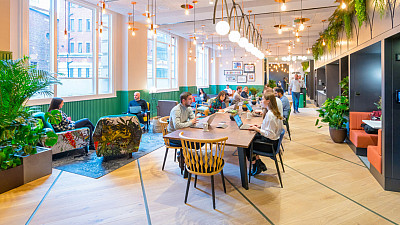