Subscribers still in the dark about Yorkshire Ridings Magazine

Subscribers to Yorkshire Ridings Magazine have still not been updated about the future of the publication.

No January/ February copies have been mailed out and subscribers have been told it is “unlikely” there will be a copy for March/ April.

When Prolific North contacted the publisher two weeks ago, we were told a letter would be sent to subscribers “within the next couple of weeks” clarifying the situation.

However, the company has confirmed that a letter had still not been sent. And when Prolific North contacted the magazine's managing director, Natalie Christopher - the daughter of Blackpool owner Owen Oyston - she refused to comment.

A link to the Yorkshire Ridings Magazine website goes to a page reading 'Sorry, this shop is currently unavailable.'

Christopher is also the MD of The Lancashire & North West Magazine, which is believed to be carrying on as normal.

Last year, she announced that Yorkshire Ridings Magazine would be published once every two months, rather than monthly. 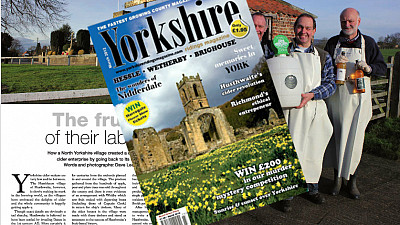