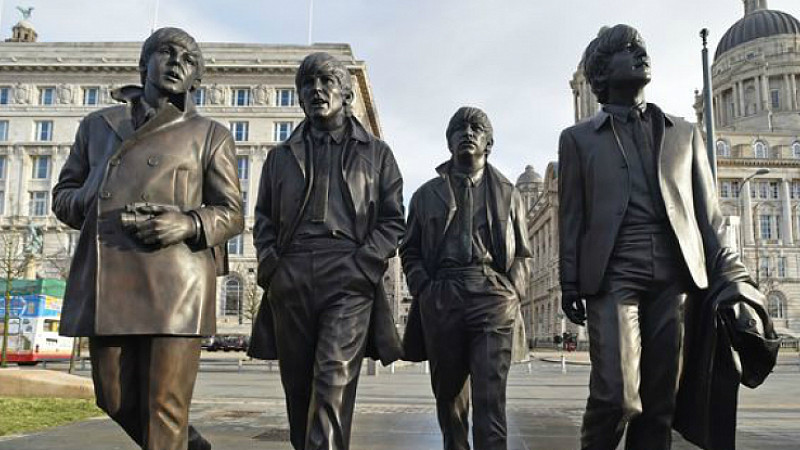 A new report has revealed the enduring legacy of the Beatles to Liverpool - over 2,300 jobs in the city, and £82m a year.

And researchers from the University of Liverpool and LJMU, who spent six months looking into the value of the Fab Four to Liverpool after a commission from Liverpool Mayor Joe Anderson, claim the Beatles-related economy is growing by up to 15% a year.

But the report says that the city could improve and better manage public spaces associated with the group, and must "maintain standards" to promote the group's legacy.

Professor Simeon Yates at the Institute of Cultural Capital, the lead author on the report, said: “This report clearly indicates the importance of The Beatles as a cultural and economic resource to the city of Liverpool.

“In all the interviews we conducted, there was a strong belief that the city would go on attracting visitors through its Beatles connection long into the future.

“However, underpinning the economic impact and the cultural value of The Beatles heritage is a positive experience for fans, visitors and citizens, and the city needs to maintain standards in its efforts to promote this legacy.

“There is a risk to the city’s reputation if it does not ensure that the quality of services, attractions and products are maintained by all those who come into contact with visitors wanting to explore and access the heritage of The Beatles.” Inside The Beatles Story museum at the Albert Dock

Researchers spoke to key members of the city’s Beatles’ industry - including The Beatles Story, Cavern City Tours and National Trust – as well as hotels, bars, shops, colleges and other tour operators.

They also met with Apple Corps, the company set up by the Beatles in 1968 to represent its interests.

The report also highlighted the growing interest in the band from the likes of China and Brazil.

Dr Mike Jones, from the University of Liverpool’s Institute of Popular Music, added: “We need to convey the core point that Liverpool was not just the birthplace of The Beatles, it was also their cradle. What they learned as Liverpudlians they took into the world.

“The self-confidence and openness to cultural influences remains a vibrant and distinctive aspect of the life of the city. The still-fresh music of The Beatles reminds us who we are and who we could become.”